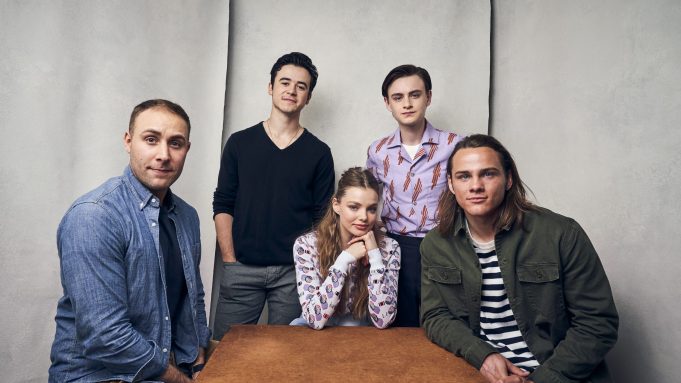 The first feature from writer/director Kevin McMullin, Low Tide was inspired by the director’s childhood in the Jersey Shore, and the evocative imagery of a place he knew well. “There’s this wonderful town, Point Pleasant Beach, specifically, where there’s this old fishing harbor and industrial shipping yards, and then a quarter mile away is a really touristy beach and boardwalk,” McMullin told Deadline recently. “I always loved that dichotomy.”

Starring Keean Johnson, Kristine Froseth, Alex Neustaedter and Jaeden Martell, the drama centers on three troublemaking friends, who spend their summer days on the boardwalk, breaking into local vacation homes at night, in search of valuables they can pawn to fund their antics.

A super low-budget film, Low Tide brought a dirty, sweaty, mosquito-filled shoot upon its cast and crew. But as challenging as these conditions were, McMullin’s cast couldn’t have approached the shoot with more enthusiasm. “When we first met each other, it was like instantly, we were all just buddies,” Neustadter shared, in conversation with McMullin and his co-stars. “I think that was something that really made the experience super fun.”

While the elements became one major challenge for McMullin, locations were another, such that the director called in every favor he could to get the film made. “I owe everybody I ever knew a lot. We shot in my older sister’s house [for] a couple scenes, and I think all but two locations were found directly from a neighbor or a friend, or a friend of a friend. It was that small, and we really needed all that love and support from that community,” he explained. “I think [given] the fact that they don’t get any movies made there, people were really engaged with the idea of helping us out.”

A location central to his script, the Point Pleasant Beach boardwalk was perhaps the most difficult to wrangle, without the funds to close it off, given the presence of locals and tourists walking around his set. “To some extent, we were all really nervous about folks interacting with the camera. But for the most part, I feel like that community is burnt out from the Jersey Shore TV show, which shot in the same neighborhood,” McMullin noted. “So, they kind of just kept walking, which really helped us out.”

Premiering at the Tribeca Film Festival last week, Low Tide will be released through A24 and DIRECTV. For a firsthand look at our conversation with the director and his cast at the festival, click above.