Continue to Deadline SKIP AD
You will be redirected back to your article in seconds
Skip to main content
August 19, 2021 9:02am 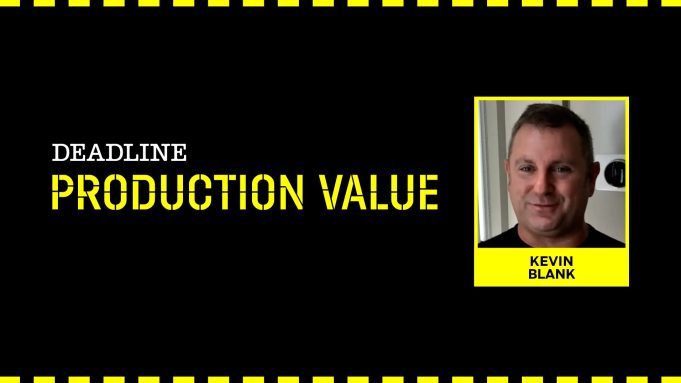 For visual effects supervisor Kevin Blank, one of the biggest initial draws to Lovecraft Country was a skin-shedding sequence he knew would take place in Episode 5, “Strange Case.”

“You think about things you’ve seen when you’re younger, like a werewolf transformation in American Werewolf in London, and they really stick with you, how they were done,” he says, in the latest installment of Production Value. “This seemed like not only something that I had never seen before, but if it was done properly, would really encapsulate, at least from a VFX perspective, this intense aspect of what the show was about.”

Based on the 2016 novel of the same name by Matt Ruff, the HBO series from creator Misha Green centers on Atticus Freeman (Jonathan Majors), a young Black man who travels across the segregated U.S. in the 1950s in search of his missing father. During his journey, he comes to experience firsthand the dark secrets plaguing a town, which is said to have inspired many of famed horror writer H. P. Lovecraft’s fictional tales.

Prior to joining the project, Blank read through a number of scripts, which engendered a strong reaction. “As I read this material, it made me have intense feelings about a lot of stuff,” he recalls. “I felt excited, I felt frustrated. I could tell that this was material that was going to push people’s buttons…and that just seemed like a good idea.”

The VFX supervisor officially signed on to the series six months prior to production, and would collaborate closely with production designer Kalina Ivanov in building the world she envisioned. If Ivanov had more agency in terms of concepts for sets, Blank and his collaborators in VFX would find their own in the realm of creature design, putting their own spin on a number of Lovecraft classics.

“The volume of creatures throughout the whole show was a big design task,” Blank says. “Some of them came together quickly and easily, and some of them went through a pretty large evolution.”

Over the course of 10 episodes, Blank helped bring to life the iconic monster Cthulu and an “intersex mummy character” named Yahima, along with ghosts, aliens and various other kinds of creatures.

One of the most iconic entities he’d tackle, apart from Cthulu, was the shoggoth—and here, he and his team departed somewhat from typical Lovecraftian visuals. “If you type in H.P. Lovecraft and type in shoggoth, you get some very particular imagery, and there was definitely a departure from the stereotypical Lovecraftian view of the shoggoth, as opposed to kind of a blob with a bunch of eyes, into these attack dogs, killing machines,” Blank says. “I kind of viewed it as a cross between a gorilla and a tiger, with lots of weapons at its disposal. It was a challenge to make sure that [everything was] anatomically grounded.”

Of course, there was no shortage of challenges for Blank on the project, beyond the realm of creature design. He would ultimately help bring 3500 VFX shots to fruition during a 10-month post production process, which ended up colliding in its timing with the Covid-19 pandemic.

“Misha sometimes would present something that had me going, ‘Wow, that’s really hard.’ She really liked uninterrupted, long, single shots, which require a phenomenal amount of camera tracking, and the difficulty factor of long, uninterrupted cuts in visual effects just goes up dramatically,” Blank says. “Misha definitely pushed me beyond my normal comfort zone, and I think that yielded more spectacular work in the process.”

Blank is an Emmy winner and five-time nominee who always knew he wanted to get into the film business. “My dad was a first assistant director, and sometimes directed a bit, so I grew up in Hollywood,” he shares. “Some of my earliest memories are, he worked on some of the miniatures for the movie Earthquake, so I was on set when I was a little kid watching these little tabletop LA simulations of destruction…and it was pretty amazing.”

Blank says he was first spurred to pursue a career in visual effects, following his “magical” experience as a child, seeing Star Wars for the first time. The blockbuster inspired him to experiment with 8mm cameras and “event creation”—to create “Lego stop-motion films,” for example, and to zip line his own Millenium Falcon “on fire, from the roof down to the front porch.”

After graduating high school, Blank worked as a PA on projects he was introduced to by his father. He later studied film at UC Berkeley, and continued his filmmaking education with cinematography classes offered by UCLA Extension.

Blank found his first major VFX jobs on the television series Hercules: The Legendary Journeys and Xena: Warrior Princess. In an unexpected turn of events, he wound up serving as the latter series’ VFX supervisor at age 26.

“I will be the first to tell you that I didn’t ask for it. I didn’t think I was prepared for it. I didn’t have the requisite experience,” he says. “But nevertheless, opportunities show up and there I was.”

Blank says that in retrospect, his work on Hercules and Xena constitutes one beginning to his career. Throughout the second, he worked freelance on “these crazy B movies” in Asia, and the third began when he started working with J.J. Abrams on Alias.

He’d stay with that ABC series for five seasons, going on to collaborate with Abrams once again on his subsequent modern classic, Lost. In the years since, he’s worked as a VFX supervisor on series such as Flashforward, Fringe, Terra Nova, and Da Vinci’s Demons, and films including EuroTrip and Cloverfield.

For Blank, being a visual effects supervisor is endlessly satisfying because the job allows him to be involved in “all aspects” of filmmaking.

“Visual effects kind of gets their fingers in everything, so it means it’s never boring. I get to work with a lot of really tremendous, talented people, and I don’t ever feel like I’m in a cubby, doing my own thing or something like that,” he says. “I feel like we get involved early. We talk to everyone about what it can be. It’s a lot of work, and we’re basically on it till the end.”

Check out our entire conversation with the decorated VFX supervisor above.