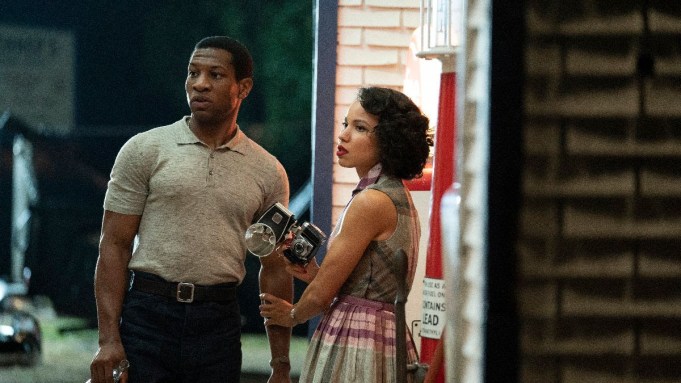 UPDATED, 9:35 AM: HBO Has set the premiere of its drama series Lovecraft Country for 9 p.m. Sunday, August 16.

PREVIOUSLY, May 1: HBO has dropped the teaser trailer for its new drama series, Lovecraft Country, a journey into the terrors of 1950s Jim Crow America — and beyond.

Based on the 2016 novel by Matt Ruff, the series follows Atticus Freeman (Jonathan Majors) as he sets forth with his friend Letitia (Jurnee Smollett-Bell) and his Uncle George (Courtney B. Vance). The trio embark on a road trip across Jim Crow America in search of Freeman’s missing father (Michael Kenneth Williams).

This begins a struggle to survive and overcome both the racism of 1950s America and unexpected horrors worthy of an H.P. Lovecraft paperback.

The project is produced by afemme, Inc., Bad Robot Productions and Monkeypaw Productions in association with Warner Bros. Television.