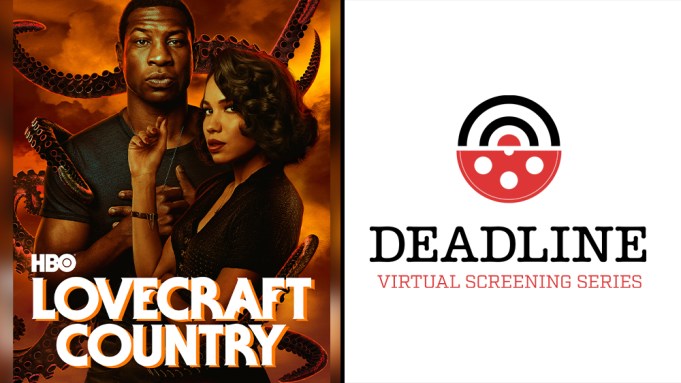 With the Oscars and the Golden Globes easing their restrictions in regards to what qualifies this awards season, let’s all agree that a loophole should be created allowing HBO to submit episode 3 of Lovecraft Country, “Holy Ghost” as Best Feature and Jurnee Smollett as Best Actress. Yes, I mean that. Smollet’s turn as a young woman who has come back from the dead, is more than sublime; it’s unhinged, it’s raw, and it’s epic.

Lovecraft Country follows a Black family during the 1950s Jim Crow America who square off against monsters and an age-old elite racist secret society, mixing real-life history into fantastical narrative across literally space and time. In “Holy Ghost”, Smollett, who plays Leti, has been resuscitated back to life; she’s detached at the start of the episode, wondering about her own mortality. She buys a haunted house in a white neighborhood, which is possessed by a heinous racist ghost, as well as his victims. But if the ghosts are bad, the neighbors are worse: They park their cars in front of Leti’s house, with bricks tied to the horns.

Pushing back, Leti throws a big party one night, letting the neighborhood about her and her friends’ arrival. It’s an episode where Leti is mentally unpacking. She becomes sexually awakened, finally hooking up with Tic (Jonathan Majors). But then moments later, she’s even more ablaze. Spotting a burning cross on her lawn, she grabs a bat, darts outside and begins smashing the windows of the blaring horn parked cars. She is backed by Tic and his friends who carry shotguns. Gospel music plays, heightening the energy of the scene, with creator Misha Green even slowing Leti’s bat swinging down until she thumps the last car. The camera is on the receiving end as Leti’s bat propels the brick toward us. Leti then flings the bat on the lawn.

Leti’s sister, Ruby, pulls a car up like it’s getaway vehicle. The guys throw their shotguns in the trunk, and Ruby flees the scene. Even though they’re not responsible for this riff-raff, and are on the defense, they unfortunately know they’re going to pay for the white men’s crimes. No dialogue is spoken during the scene. Green has the camera settle on Smollett, who tosses a coat on, pushes her hair back, pivots her jaw, looks around, then leads her guy posse in a uniform kneel, putting their hands behinds their heads peacefully as the cops arrive. It’s an epic scene for an actress, and Smollett displays a breadth of nuanced emotions.

At Deadline’s recent screening for Lovecraft Country we spoke with Green and Smollett about how that scene went down. The pilot for Lovecraft Country was shot back in the summer of 2018. Smollett and the cast would return in the summer of 2019 to finish the remaining nine episodes. The first being shot then was “Holy Ghost” (the production filmed episodes out of sequence).

“I was like, really, Misha? I can’t just like ease into it?” beams Smollett who also worked with Green on the WGN series Underground.

How did Smollett emotionally get to where she needed to be?

Says the actress who was on a Zoom call with us from Australia, “For me, it was important to just map out Leti’s inner life. She’s the daughter of a woman who habitually abandoned her. She’s a daughter of the Great Migration. She’s Black and a female in the 1950s. So what does that mean when you’re trying to be your true authentic self? She’s been launched into this abyss and this space between not being alive or dead. In episode 2, she’s killed, but the dialogue is that she talks about feeling like a ghost. She’s grasping at the church, her sister, at sex; she loses her virginity in a very like throw-it-away-kind of way. For me, when you know the inner life of your character, you can make these choices, right? If I know she’s been habitually abandoned as a kid by her mother, she sees the world as a child from that angle. So, any kind of violation is going to ignite a certain kind of response for her. That’s what that scene is about: You put a cross on my lawn, you have violated me. They mind as well took her body and laid her down. She’s been trying to build this family back together, she’s trying to put her tribe back together after years of being a wanderer and this act of violation ignites this rage in her, which I can tap into a lot, because I’m filled with a lot of rage myself.”

“They gave me two takes to do it,” adds Smollett, “they didn’t have a lot of glass windows to do it.”

“Two takes is amazing considering you busted all the windows out of these 1950s cars,” laughed Green, “and you had that Birds of Prey ‘bad’ experience; you were coming in as a pro!”

“My hand was dripping in blood,” remembered Smollett after doing the scene, “I had so much adrenaline.”

In the wake of the #BlackLivesMatter protests last summer, Lovecraft Country premiered at a time, promptly becoming, as my colleague, Dominic Patten called it “a touchstone in the cultural discourse.”

Says Smollett, “It always resonated to me on a very molecular level when I first read it. The blood memory in me was activated in participating in this project, but it has taken on a life of its own, which is beautiful as an artist to witness. I think in just seeing the feedback in the way folks feel seen. Sometimes we feel so erased as people. The erasure of Black folks is such a disease. As an artist, if you can be one more notch that contributes to painting a fuller picture of who we are, it’s food for your soul.”

“I think what Misha, the entire creative team, crew and cast have done is they’ve created some protest art,” says Smollett, “It’s a beautiful thing to witness.”