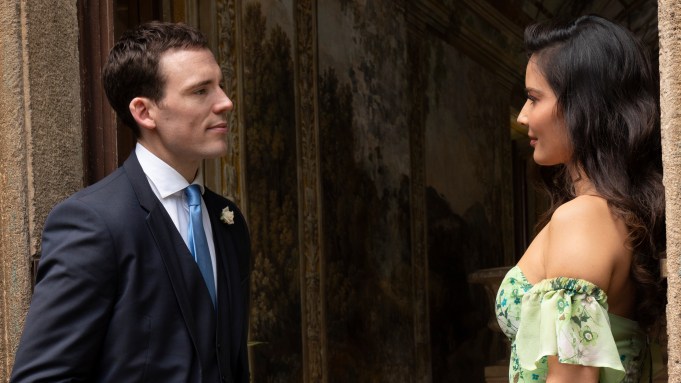 Netflix film has dropped the first trailer for Love Wedding Repeat, the Dean Craig-helmed comedy fueled by old flames and half-baked schemes. Starring Sam Claflin, Olivia Munn, and Freida Pinto, the rom-com, which is based on the 2012 French film Plan de Table, explores alternate versions of the same wedding.

Jack (Claflin) tries to make sure his little sister has the perfect wedding day. But he’ll have to juggle an angry ex-girlfriend, an uninvited guest with a secret, a misplaced sleep sedative and unexpectedly reuniting with the girl of his dreams who got away (Munn). If he succeeds, Jack might find a happy ending of his own.

Love Wedding Repeat was the first film that Netflix picked up at last year’s Cannes Film Festival. It’ll be available to stream on April 10.