Continue to Deadline SKIP AD
You will be redirected back to your article in seconds
Skip to main content
July 8, 2021 7:06pm 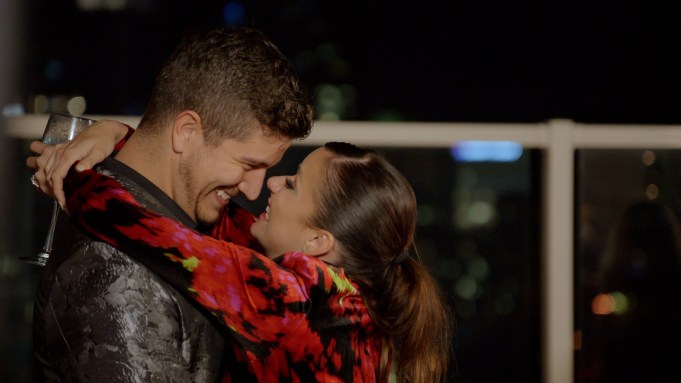 It’s been over a year since the Love Is Blind cast last met up and, from the looks of a new reunion show trailer, while Lauren Speed and Cameron Hamilton and Amber Pike and Matt Barnett are still together, it seems some old wounds still haven’t healed. Hint: Barnett doesn’t want to talk about Jessica Batten.

Love Is Blind: After the Altar reunites the show’s season one cast for a three-episode anniversary. And its trailer raises some questions, including: Will Diamond and Carlton ever make amends? Who might make a surprise appearance? And who won’t even show up because of all the drama in the past two years?

Amber, Barnett, Lauren, and Cameron are definitely back. Carlton Morton and Kenny Barnes join some of those who didn’t make it past the show’s pod stage. We also see scenes with Kelly Chase, Giannina Gibelli, Jessica and Diamond Jack.

Who’s missing? Neither Mark Cuevas nor Damian Powers show up in the footage, but that doesn’t rule them out entirely.

Netflix also dropped key art for the three-episode series, which premieres on July 28.