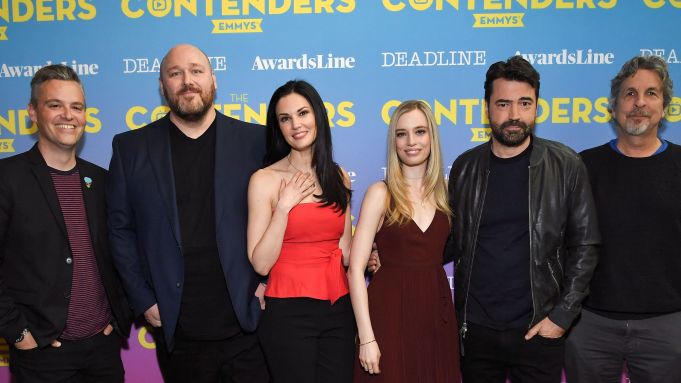 Moving to Los Angeles to embark on his career more than two decades ago, writer-director Peter Farrelly (There’s Something About Mary, Dumb and Dumber) never had the small screen in mind. “Unless you were on Seinfeld or Cheers or Friends, then it wasn’t worth it — it seemed like a waste of time,” Farrelly recalled during Deadline’s The Contenders Emmys panel on his Audience Network original series Loudermilk.

Witnessing television’s evolution into an extended Golden Age, Farrelly eventually came around with Loudermilk—a dark comedy conceived by Bobby Mort. The original series centers on Sam Loudermilk (Ron Livingston), a misanthropic recovering alcoholic and substance abuse counselor who is confronted with an impossible task: Trying to escape his own self-centered attitude and help other people.

“My sister sent me what Bobby had written, and I remember on Page 2 thinking, ‘Yeah, this is the one. I love this character. I could spend years on this,’ ” Farrelly told Deadline’s Dawn Chmielewski on a panel that included Mort, Livingston and co-stars Anja Savcic, Will Sasso and Laura Mennell.

Sharing Mort’s penchant for antisocial, difficult characters on a journey to self improvement, Livingston got personal on the panel, sharing his experience of friends who have gone through recovery. “All the dear friends I know that have gone through recovery, there’s an amazing self-awareness and self-knowledge and compassion that is dearly earned,” he said. “It doesn’t necessarily come natural to people, but there’s something about going through the fire of that. They’re sort of graced with it.”