Continue to Deadline SKIP AD
You will be redirected back to your article in seconds
Skip to main content
May 1, 2019 11:48am 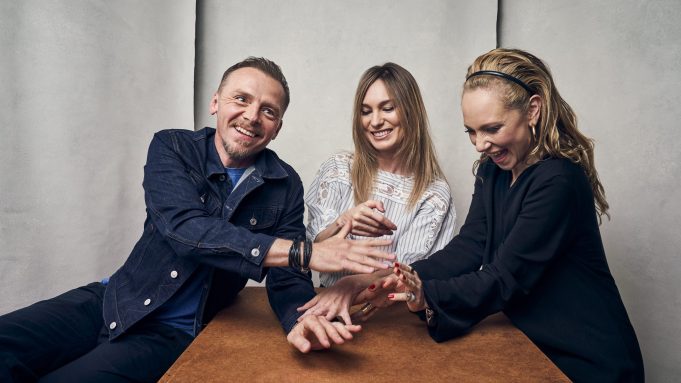 The first feature from Katharine O’Brien, Lost Transmissions presents a nuanced portrait of mental illness and the impact it has, both on those in its grip, and those who are looking on.

Loosely inspired by events in O’Brien’s life, the pic centers on acclaimed music producer Theo Ross (Simon Pegg), who goes off his medication for schizophrenia, and the group of friends who chase him through the LA music scene, in order to get him help.

In Tribeca over the weekend for the film’s premiere, O’Brien explained that its demanding starring role was always meant for Pegg. “I just knew this was one of those roles,” the director said. “The right role and the right person comes along, and they’re meant for each other.”

Sitting down at Deadline’s festival studio with O’Brien and co-star Juno Temple, the actor discussed his research on schizophrenia, and what he learned in taking on the part. “I went to a facility in London with a former friend of the person the film is based on, a former carer of his, and spoke to some real people dealing with the condition, having emerged from it,” Pegg explained. “It’s fascinating, the kind of sensory overload that people with schizophrenia have to deal with on a daily basis.”

Approached for the project, Pegg thought about the fact that he’d never before worked on a female director’s film, which just became one more reason to take the indie on. “[That] felt very remiss,” he admitted, “even though it wasn’t something I’d actively sought out.”

For her part, Temple was attracted to the script—“really inspired by it, actually”—given the way it discussed “a subject that people are so shy of talking about.”

“I loved how it showed both the brilliant and the frightening side of mental illness, [and] didn’t feel afraid to talk about it,” the actress shared. “That meant a lot to me.”

Calling for an intensive 19-day shoot across Los Angeles, the feature boasts an all-star cast that includes Alexandra Daddario, Robert Schwartzman, Tao Okamoto and Bria Vinaite. For a look at our Tribeca talk with O’Brien, Pegg and Temple, click above.