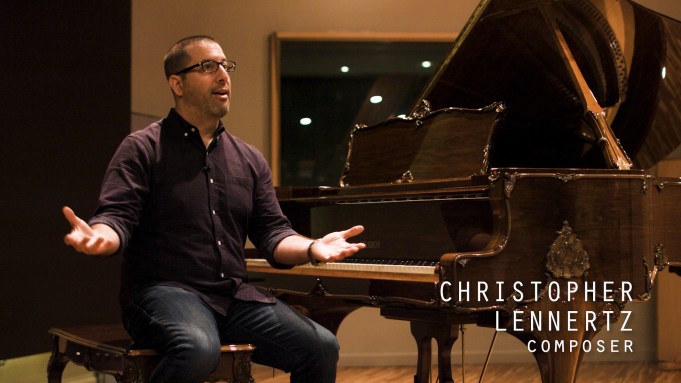 “It’s easy to talk about why I love what I do because I’m a geek at heart. I’m a complete movie buff who loves fantasy movies, who loves science fiction and sports movies,” composer Christopher Lennertz told Deadline recently. “I love the movies where the music creeps in, and all of the sudden, you can feel your throat start to get tight. You can feel tears in your eyes, and you don’t even know why.”

In this remark, the Emmy-nominated composer perfectly sums up the thrust of Deadline’s new below-the-line video series, Production Value. Going behind-the-scenes with professionals working in television—onto sets and into their creative spaces—the series aims to give viewers an understanding of why these artists love their jobs, and what the general day-to-day gist is, working in their professions.

With recent credits including Tyler Perry’s Acrimony and The CW series Supernatural, Lennertz met with Deadline at El Segundo’s Sonic Fuel Studios to discuss his contributions to new Netflix sci-fi series Lost in Space, a reimagining of a 1965 CBS series, which was previously adapted into a 1998 film starring Gary Oldman and William Hurt.

From Irwin Allen, Matt Sazama and Burk Sharpless, Netflix’s take on Lost in Space centers on a reimagining of the Robinson family—portrayed by House of Cards’ Molly Parker, Toby Stephens, Taylor Russell and Mina Sundwall—who, crash-landing on an alien planet, are forced to fight for their own survival.

The project Lennertz waited for his whole career—something with serious scope and the “epic adventure sound” reminiscent of the ’80s Amblin films he loves—Lost in Space was a project with a “sense of aspiration” that allowed its music to aspire to great heights, as well.

To hear from Lennertz himself—as he discusses his musical contributions to the series, and the experience of recording at London’s iconic Abbey Road—click above.