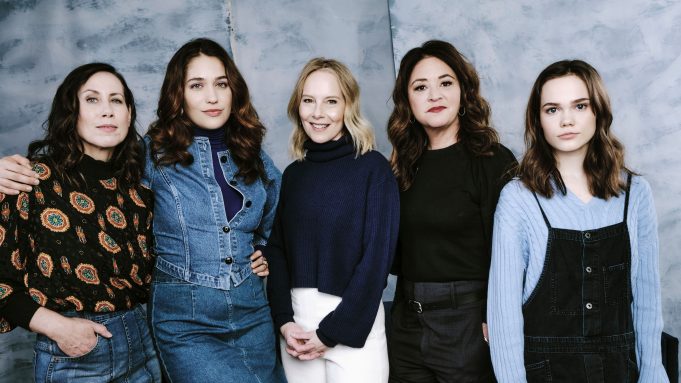 One of the most celebrated documentarians of our time, known for such films as Who Killed Garrett Phillips? and What Happened, Miss Simone?, Liz Garbus makes her narrative feature debut this year with Lost Girls—a harrowing drama, based on a 2013 true-crime novel by Robert Kolker.

Starring Amy Ryan, Oona Laurence, Lola Kirke and Miriam Shor, the Netflix title centers on Mari Gilbert, a Long Island resident whose eldest daughter goes missing. Met with inaction and indifference on the part of the police, as her life unravels, Mari decides to pursue her own investigation of the case, discovering in the process the murders of over a dozen local sex workers.

When Garbus received Michael Werwie’s script for Lost Girls four or five years ago, she was aware of Gilbert’s story to a degree. “I’d been aware of the coverage in New York,” she told Deadline at Sundance, “but I certainly didn’t know all the incredible details that Bob Kolker discovered, during his reporting about the families and what they went through.”

Sitting down at our festival studio with Ryan, Laurence, Kirke and Shor, the director reflected on her transition to narrative features, and how her first outing in this arena was informed by the decades of work she’d put into docs. “Documentary filmmaking allows you to examine people in a warts-and-all way, never forgetting their humanity,” Garbus said. “I started out making films in prisons, representing characters who had done the worst thing a human can do—take another person’s life.”

These experiences taught the director an important lesson—that a person is not equal to the worst thing they’ve ever done. “Yes, they have to take responsibility for it. Yes, they need to be imprisoned. But they’re also a human being,” the director remarked. “I think that kind of exploration of humanity, peoples’ struggles—what brought them where they are—is something I’ve always done in my filmmaking. I think it informed all of these characters, and enabled me to sink my teeth into [this film].”

For Ryan, who portrays Gilbert, Lost Girls was undeniable, for a number of reasons. “It’s such an incredible page-turner. It’s so well written, so just as an actor, getting this juicy material, loaded with incredible roles for women…It’s a story I, too, was aware of, at the time that it happened in the press, and then I know Liz’s other work as a documentary filmmaker,” the actress shared. “We had this long coffee in Dumbo one day, and I just wanted to be a part of this. It’s there on the page, so then everything else becomes this amazing added bonus.”

The Oscar nominee’s co-stars echoed her thoughts. “I remember the case; it’s very compelling. It’s this sort of miscarriage of justice, and also the idea [of] allowing voices that had not been heard as part of this case to be heard,” Shor said. “It felt like a no-brainer to want to be a part of it.”

Also starring Thomasin McKenzie, Dean Winters, Kevin Corrigan and Gabriel Byrne, Lost Girls will debut on Netflix on March 12th. For a look at our conversation with the film’s director and stars, click on the video above.