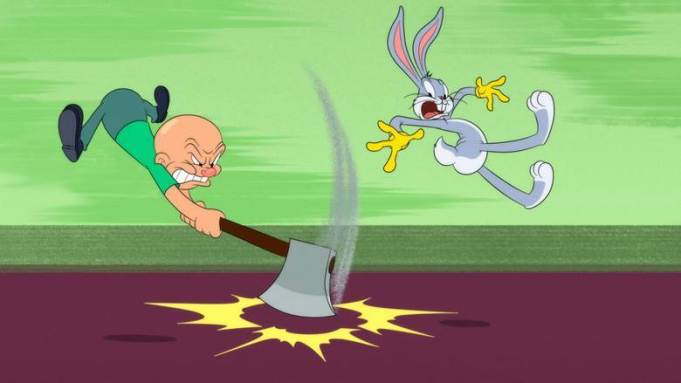 Fair warning to those who are easily offended by cartoon violence: Do not click on the clip above. We also would advise you to move your kids out of the room — except that they’d probably use that time to watch the new Looney Tunes cartoon featuring Bugs Bunny vs. Elmer Fudd on their phone anyway.

In the “Dynamite Dance” clip that premiered today at the Annecy International Animation Film Festival, the hunter and hare who have been going at each other for nearly 80 years now are back at it. And — no-spoiler alert — the carrot-chomping varmint gets the upper hand again.

Deploying more TNT than an old AC/DC chorus, Bugs blows up Elmer early, often and painfully — if toons could feel pain, that is. Suffice it to say that Bugs thumbs his nose at the old Red Devil fireworks disclaimed that warned, “Light fuse, get away.”

David Gemmill directed “Dynamite Dance,” which is among the first batch of finished shorts from the upcoming series Looney Tunes Cartoons. Starring the iconic Looney Tunes characters, each “season” will produce 1,000 minutes of all-new animation that will be distributed across multiple platforms including digital, mobile and broadcast.