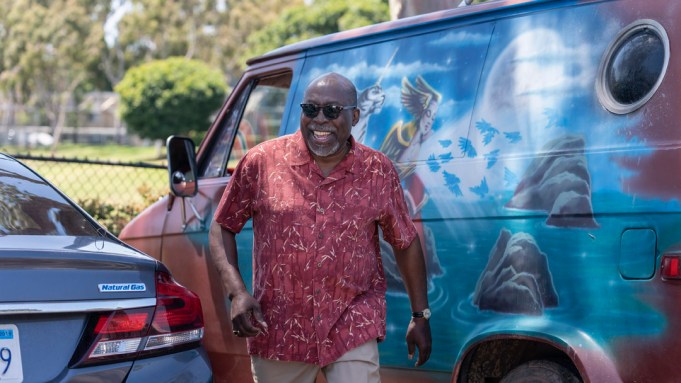 AMC has released the official Season 2 trailer for Season 2 of AMC’s critically praised series Lodge 49 ahead of its August 12 premiere.

Lodge 49 is a light-hearted modern fable set in Long Beach, California, starring Wyatt Russell (Black Mirror, Everybody Wants Some) as disarmingly optimistic local ex-surfer Sean “Dud” Dudley, who’s drifting after the death of his father and collapse of the family business.

In season one, Dud found himself on the doorstep of a rundown fraternal lodge, where a middle-aged plumbing salesman and “Luminous Knight” of the order welcomes him into a world of domestic beer, easy camaraderie and the promise of Alchemical mysteries that may — or may not — put Dud on the path to recover the idyllic life he’s lost.

Season two centers on Dud, whose beloved fraternal order — the Ancient and Benevolent Order of the Lynx — is suffering under new rule by an ill-suited leader. Despite his “Knight” and mentor Ernie’s (Brent Jennings) lost faith, and his twin sister Liz’s (Sonya Cassidy) struggle with their past, Dud believes he is the key to restoring the Lodge to its former grandeur and putting the rightful king on the throne.