Continue to Deadline SKIP AD
You will be redirected back to your article in seconds
Skip to main content
August 2, 2018 4:18pm 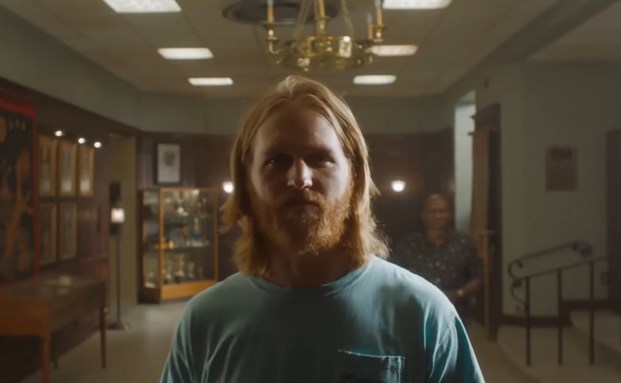 The closest thing that is also on AMC to the August 6 debuting Lodge 49 is some of the peripheral tones of Better Call Saul and, for the home of The Walking Dead, that’s a welcomed shift, as I say in my video review above.

With Thomas Pynchon ambitions of sorts, the Wyatt Russell, Sonya Cassidy and Brent Jennings led 10-episode SoCal set offering from Jim Gavin and executive produced by Paul Giamatti may not hit the summer breakout status of say a Stranger Things or a Queen Sugar but Lodge 49 is a wave well worth riding.

Now, certainly the quirky but never annoying surf noir tale of damaged beach bum Sean “Dud” Dudley, played with precision by Russell, and his much more responsible and aspirational Cassidy portrayed twin sister Liz as they try to wade through the wreckage of their somewhat larger than life father’s death is an acquired taste.

However, Lodge 49 is also a lovely study in life’s small moments and big disappointments. In many ways, as I also say in my video review above, the dramedy recalls HBO’s short lived and much overlooked John from Cincinnati from 2007 in going for the languid whacked out with some sparkles of magical realism than the zombie apocalypse that is now AMC’s bread and butter.

And what better way to wind down a long hot summer?

For more of my take on Lodge 49, check out more of my video review above. If you are planning your viewing schedule, note that Lodge 49 premieres right after the Season 4 opener of the Bob Odenkirk Breaking Bad prequel of sorts – so get ready for a very particular and intriguing groove.