Continue to Deadline SKIP AD
You will be redirected back to your article in seconds
Skip to main content
January 5, 2021 9:27am
2Comments 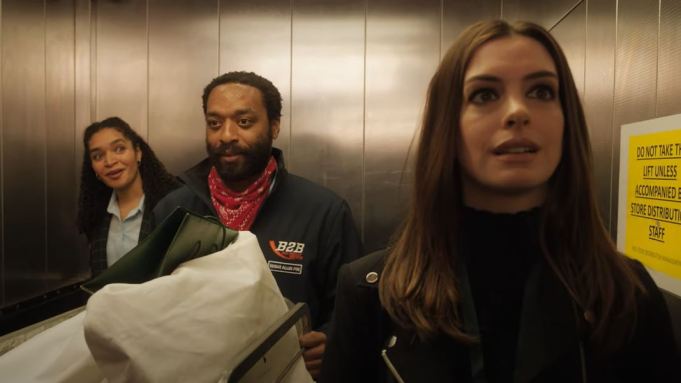 HBO Max has taken the wraps off Locked Down, the pandemic-themed heist romantic comedy directed by Doug Liman and starring Oscar winner Anne Hathaway and nominee Chiwetel Ejiofor. They play a couple about to break up just as the coronavirus lockdown begins in London, forcing them to be stuck together. The find a light at the end of their tunnel, however (hint: it’s at Harrods and it gleams).

The trailer dropped today for the pic, a Max Original from Warner Bros Pictures and AGC Studios that shot in London on a modest budget as most productions struggled to get going amid the actual lockdown. It begins streaming on HBO Max on January 14 after the streamer acquired worldwide rights last month; the film was a hot title at the virtual Toronto Film Festival market in September.

Steven Knight, the creator of Peaky Blinders and Taboo and who teamed with Hathaway previously on 2019’s Serenity, penned the script directed by Liman, with the Locked Down trailer revealing some of the back-and-forth reminiscent of another Liman film, Mr. and Mrs. Smith. Stephen Merchant, Mindy Kaling, Lucy Boynton, Dulé Hill, Jazmyn Simon, Ben Stiller and Ben Kingsley also star.