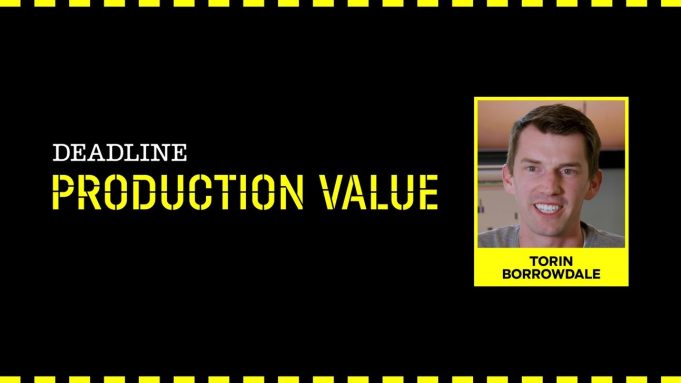 Created by Meredith Averill, Carlton Cuse and Aron Eli Coleite, based on a comic book series by Joe Hill and Gabriel Rodriguez, the series centers on the three Locke children, whose father is murdered, for reasons they don’t understand. Along with their mother, they then move into their ancestral home of Keyhouse, where they discover a set of magical keys connected to their father’s death.

Inspired by the visual of keys hidden throughout a mysterious, magical house, Borrowdale hit on an idea: What if he were to hide a set of musical keys throughout the series’ score? “[When] the Locke family are walking around this house, they don’t even realize how close to these keys they are. That’s kind of how I wanted to be with the score, which as a composer, is really fun to do, to hide all these little, clever things,” he says, in an installment of Deadline’s Production Value video series recorded prior to quarantine. “If an audience member is watching the show for a second time, they can start to pick up on these little things that I’ve hidden in the music.”

For Borrowdale, one of the biggest challenges of scoring Locke & Key had to do with scope. Bearing in mind the “sprawling structure” of the show, it was important for the composer to carefully consider structure in his own work. “There’s so many characters and genres and scenarios that happen, that I wanted the music to clarify different character arcs, and keep the structure of the show together,” he says. “As an architect, you can’t just add a room without support underneath, so the score, it needed to have a reason for the characters to have music.”

Given the wide variety of genres Locke & Key encompasses—from horror, to fantasy, to drama—crafting the perfect title theme was another challenge to overcome. The solution to this problem was to hone in on one specific musical idea, which cut to the core of the series. “I didn’t want to get too carried away with trying to do everything at once,” Borrowdale says. “What I was going for was the feeling of exploring a magical house like this for the first time.”

Beginning his musical education at the piano many years ago, Borrowdale tends to work out most of his music using the instrument he knows best. “I’ll sketch ideas and then come up with the best one.” he says. “Once it works on piano, generally, it’ll work for an orchestra, as well.”

For the rising composer, being able to write emotionally resonant music for film and television has been the realization of a childhood dream. And Locke & Key has been a particularly exciting project, given the range of emotions it allows him to work within. “With a show like this, because it runs the gamut, I felt very fulfilled as a composer, to be able to express all these different things, from these quiet, emotional and personal moments, to full-on adventure,” he says. “Having that range in a show is really a treat, because with something like this, you can kind of do it all.”

To take a look at our conversation with the series’ composer, click on the video above.