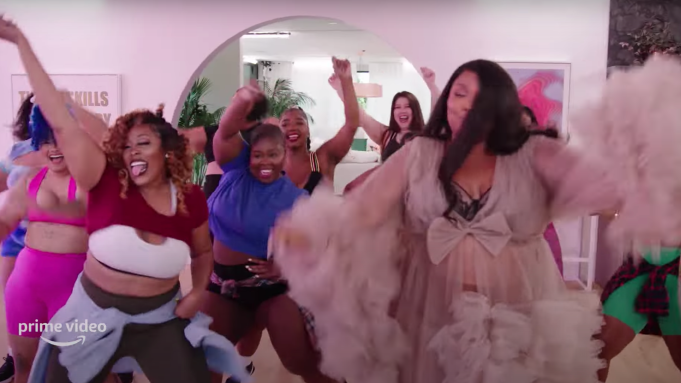 The trailer for Lizzo’s debut project as part of her first-look deal with Amazon Studios, Lizzo’s Watch Out for the Big Grrrls, dropped today and it promises to be an energetic, inspiring talent search as the superstar singer sets out to find a squad of backup dancers to join her world tour.

The unscripted series following Lizzo on the hunt for “confident, bad-ass women to join the elite ranks of the Big Grrrls.” Ten hopefuls move into the Big Grrrls House, where they must prove they have what it takes to join Lizzo at center stage.

The eight-episode Amazon Original unscripted series will premiere Friday, March 25 on Prime Video. It will be available in other countries and territories around the world in May 2022.