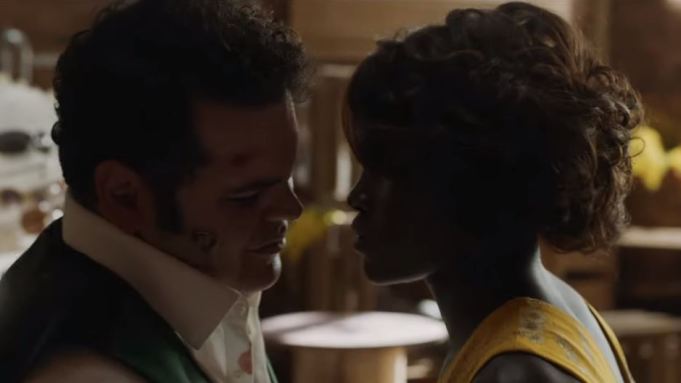 Ever hear a grandma tell a tyke, “You’re so cute — I could just eat you up!” Ideally said Nana isn’t a character from Little Monsters, a new Hulu original film starring Lupita Nyong’o, Alexander England and Josh Gad. And lots of kids. And even more ravenous zombies.

While decidedly NSFW, the pic’s new redband trailer certainly doesn’t take itself too seriously — though we recommend discretion about watching it post-meal.

Here’s the bloodline — er, logline: Dave (England) is a washed-up musician who volunteers to chaperone his nephew’s kindergarten trip after taking a shine to the plucky schoolteacher, Miss Caroline (Nyong’o). His intentions are complicated by the presence of Teddy McGiggle, a world-famous Wigglesque child entertainer and competitor for Caroline’s affections. One thing none of them bargained for, however, is a sudden zombie outbreak; now Dave and Miss Caroline must protect the children.

Kat Stewart and Diesel La Torraca also star in the horror comedy from writer-director Abe Forsythe. Jodi Matterson, Bruna Papandrea, Steve Hutensky, Keith Calder and Jess Wu Calder are the producers. The pic from Neon, Snoot Films and Made Up Stories gets a one-night-only theatrical release on October 8 and will start streaming October 11 on Hulu.

Have a look at the trailer above and character posters below, wipe your face, and tell us what you think.