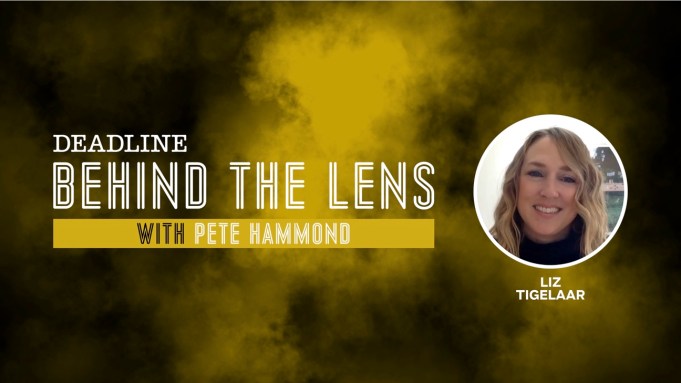 You can find Liz Tigelaar’s name on a what’s what of popular television series since the turn of the century, when she got her first major writing credit for an episode of Dawson’s Creek in 2000. Her various credits since then have added a variety of producing, showrunning and creator titles and her work includes stints on Brothers and Sisters, Once & Again, Bates Motel, Casual, Once Upon a Time, The Astronaut’s Wives Club, the rebooted Melrose Place and Nashville among others.

The show that has brought her to this week’s episode of my Deadline video series Behind the Lens, however, is Hulu’s much talked about limited series Little Fires Everywhere, for which she is creator, showrunner and executive producer. She worked with Reese Witherspoon and Kerry Washington, who are both in front of and behind the camera on this one, as well with their respective producing partners.

The event series is based on the 2017 novel by Celeste Ng and became a very personal project for all involved including Tigelaar, who tells us why this one hit so close to the heart. She compares the experience of making it to the first-ever series she created, Life Unexpected, as both deal in part with storylines involving adoption, a subject Tigelaar knows well since she herself was adopted. We talk about that, plus the key themes of motherhood, race, female bonding and more that resonated so strongly for her in this show, which was female-driven in just about every way. She also talks about the challenges of adapting someone else’s work for television, and the changes that were necessary.

I started the conversation talking about that long list of shows with which she has been involved as she tells me about the early, simple but never realized dream she had on working on a certain long-running soap opera. Can you guess which one?

Check out our discussion in the video above.