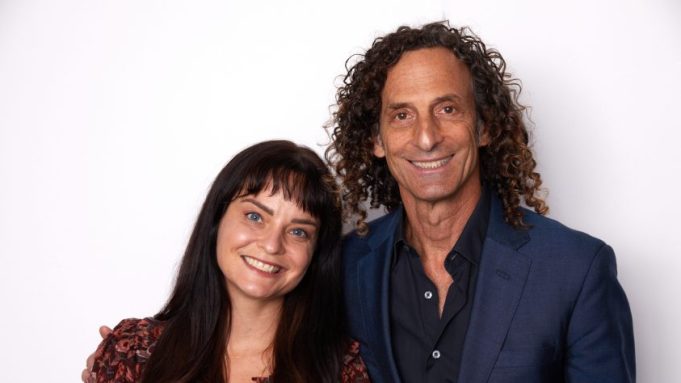 There’s at least one music documentary premiering at TIFF where filmmaker and subject are not at odds: Listening to Kenny G.

The popular saxophonist—the bestselling instrumentalist of all time—and director Penny Lane came by Deadline’s TIFF Studio in Toronto with all the appearances of remaining on the best of terms. That’s in sharp contrast to Alanis Morissette, subject of Alison Klayman’s doc Jagged, who blasted the film about her and boycotted the TIFF world premiere.

“We just like each other,” Lane said of Kenny G. “We had a sense of trust right away.”

“I trusted her and I wasn’t afraid of what she was going to do,” he said. “Honestly, I was flattered that HBO and Penny Lane came and said that they thought this was something they wanted to do. I thought it was like a joke, like, ‘Come on, this is never gonna see the light of day. An HBO special about me? Nah.’ But they convinced me that they were really serious and honestly, it didn’t take anything for me to be willingly part of it.”

None of this is to suggest that Listening to Kenny G qualifies as a puff piece. Quite the opposite. In fact, Lane begins the film with a variety of critics trashing Kenny G’s oeuvre.

“He makes nice music for nice people,” one music critic sniffs. Another dismisses G as “part of the musical furniture of America.”

“Penny warned me that this was not a promo piece for me, and also told me that I have absolutely no control over the editing,” Kenny G noted. He recalled Lane sending him a link to view the completed film, in an email that included some words of caution. “I read it and she goes, ‘You’re not going to like the first 10 minutes. Just warning you. But in the end, you win.’”

Remarkably, Kenny G lets criticism, no matter how intense, roll off of him.

“I’ve seen and heard all of that stuff for 40-plus years and it wasn’t anything I haven’t heard, didn’t phase me any more than it did 40 years ago,” he insisted. “And I thought, ‘What a great way to do this film because that tells a story.’ You can document what I’ve done, but that’s kind of boring and typical. Very typical of a musician’s documentary.” Turning to Lane, he said, “But I think you did a really great job of creating a conversation.”

Part of the conversation Lane wanted to create was about how we, as people, announce ourselves as members of a tribe, a process that sometimes involves loudly declaring what we consider awful. Like, in some cases, Kenny G’s “smooth jazz.” It can be about establishing our identity, about drawing a circle around ourselves and other “smart people,” and sending the message that everyone else belongs in a bin of fools.

“[Kenny G] doesn’t care what the critics say. I knew he’s very self-confident and that if I approached him with this idea he wouldn’t just be totally offended,” Lane laughed. “I thought he might say no but I didn’t think I was going to hurt his feelings.”

Watch the lively conversation between director and subject by clicking on the video above.