Continue to Deadline SKIP AD
You will be redirected back to your article in seconds
Skip to main content
January 14, 2022 4:16pm 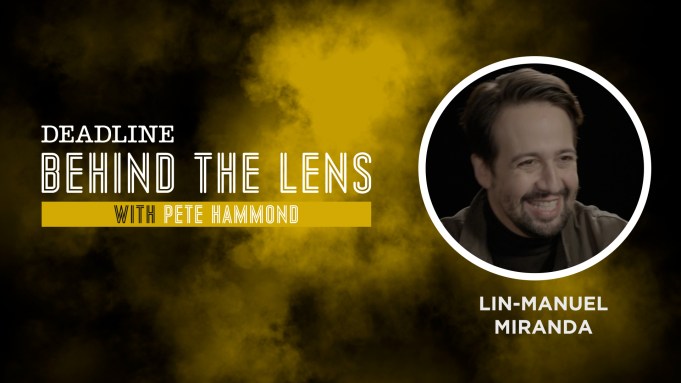 Even for Lin-Manuel Miranda, you have to admit he had a hell of a 2021 — moviewise at least. Part of all that has to do with timing, as the film adaptation of his Tony-winning musical In the Heights had been delayed a year to Covid delays in its release, but nevertheless it kicked off a remarkable year when it finally opened through Warner Bros in June.

It was followed by two, count ’em, two big animated films: Vivo on Netflix, for which Miranda wrote the songs and voiced the title character, and then Encanto for Disney, where he got his first Oscar nomination a few years back with a song from Moana. On this one he wrote all the songs and is Oscar-shortlisted for “Dos Oruguitas” — his first all Spanish-language song, by the way. He wrapped up the year with the Netflix release of his first feature film directorial effort, tick,tick…Boom!, which is the movie adaptation of the musical play by Jonathan Larson, pre-Rent Broadway success. Miranda received heavy critical acclaim and a Critics Choice Best Picture nomination for the film, which is also drawing major Oscar buzz for its star Andrew Garfield who just received a SAG Lead Actor nomination for his role as Larson.

Miranda is so everywhere that on a recent night in Hollywood for the premiere at the TCL Chinese theater of tick,tick…Boom!, Netflix movie chief Scott Stuber pointed out not only that movie’s presence on Hollywood Boulevard that evening, but across the street the marquee at the El Capitan was featuring Encanto as its top holiday attraction, and then down the street at the Pantages the Los Angeles production of Hamilton had reopened and was selling out once again.

Heady times for this multi-talented artist, who seemingly can do it all. But what he really wants to do is direct, as he tells me in this wide-ranging conversation for this week’s edition of my Deadline video series Behind the Lens.  You don’t want to miss this one, so click on the video above to watch as we go “behind the lens” of his ever-expanding career.

Join me Monday for a special edition of Behind the Lens with CODA’s Siân Heder, as well as every Friday during Oscar season.