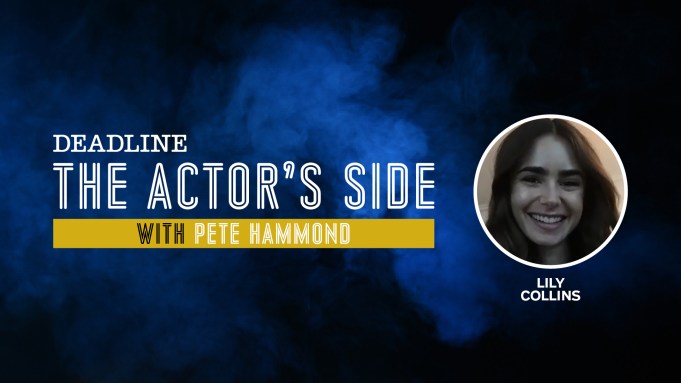 Lily Collins got her first taste of acting on the BBC series Growing Pains at age 2. Then she took a break.

It wasn’t long before the daughter of singer Phil Collins found herself back in the limelight, not only as a model but opposite Sandra Bullock in 2009 Best Picture nominee The Blind Side. Not bad, and she has been going strong ever since — working with Julia Roberts in Mirror Mirror and Warren Beatty in Rules Don’t Apply, the latter delivering her the film’s sole Golden Globe nomination.

She has also become — inadvertently — the queen of Netflix by appearing in no fewer than five different projects on the streamer including her acclaimed dramatic performance in To The Bone, plus multiple Oscar winner Bong Joon Ho’s Okja, the Ted Bundy serial killer film Extremely Wicked, Shockingly Evil And Vile as well as most recently in a key role in David Fincher’s Oscar-winning Mank with Gary Oldman, and now in Darren Star’s first-season smash comedy series Emily in Paris. In fact she joins me for today’s edition of my Deadline video series, The Actor’s Side, on location in the south of France, where she is filming the show (which earned her a second Golden Globe nomination) as it enters its second season.

That series has turned her into a fashion icon and drawn comparisons between her and the iconic Audrey Hepburn. It also earned Collins two MTV Movie and TV Award nominations including Best Kiss (!) with co-star Lucas Bravo and Best Duo with Ashley Park. We talk about all of this as Lily Collins shares her “actor’s side” in a conversation you don’t want to miss.

Click on the video above for parts of our conversation, or check out the full interview here: