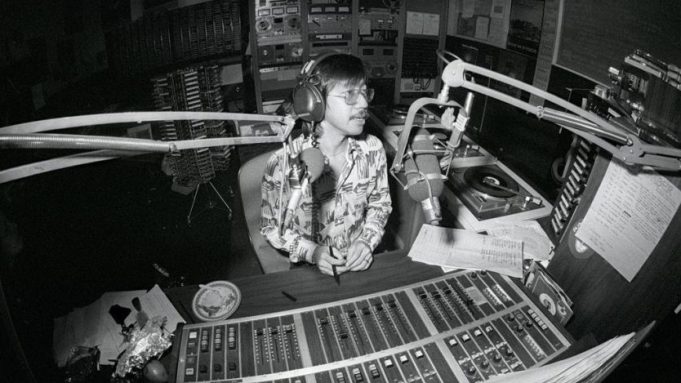 As fate would have it, Fong-Torres’ eventual notoriety would come not for his profiles of Pac Tell employees of the month, but for in-depth Rolling Stone pieces on some of the greatest recording artists of all time, at the top of their careers: Bob Dylan, the Rolling Stones, Paul McCartney, Linda Ronstadt, Diana Ross, Marvin Gaye, and Ray Charles, among many others.

Fong-Torres’ pioneering work as one of the country’s first prominent Asian-American journalists comes into focus in the new documentary Like A Rolling Stone: The Life and Times of Ben Fong-Torres, directed by Suzanne Joe Kai. The Oscar-contending film opens today for an exclusive one-week engagement at the Laemmle Monica Film Center in Santa Monica. It has been submitted for consideration as Best Documentary Feature and as Best Picture for the Academy Awards, and can be viewed via the Academy’s portals for those two categories.

“I was 23 when I started writing for Rolling Stone,” Fong-Torres recalls in the trailer for the documentary. “There was nobody who was Chinese-American or Asian-American doing anything in printed media. And, yet, I wanted to be out there.”

The film includes remarkable archival material from Fong-Torres’ Rolling Stone days, and interviews with the likes of Elton John, Quincy Jones, and Carlos Santana, as well as Annie Liebovitz—the photographer who shot alongside Ben at Rolling Stone, and Cameron Crowe, the former RS contributor who featured Fong-Torres as a character in his 2002 film Almost Famous, about his days as a young rock writer.

The film situates Fong-Torres in the broader context of American history. Even his surname tells a story: because of the Chinese Exclusion Act that barred immigrants to the U.S. from China, Fong-Torres’ father had to pose as Filipino to enter the country, adopting the last name Torres as part of the ruse.

Like a Rolling Stone is a production of StudioLA in association with XTR. The film is written, produced and directed by Suzanne Joe Kai and executive produced by Oscar winner Freida Lee Mock, Doug Blush, Alvin Lau, Bryn Mooser, and the late Tony Hsieh.