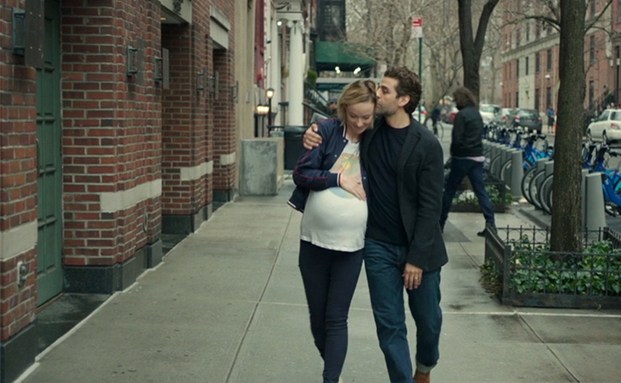 Dan Fogelman, creator and executive producer of NBC’s megahit This Is Us, takes that multigenerational story approach in a different and often darker direction in Life Itself, a new feature film he wrote and directed. Fans of the series will recognize some of the style points, but as I say in my video review (click the link above to watch), this is a deeper, even richer human experience that takes great storytelling risks but pays them off in completely satisfying and moving fashion.

Fogelman is no stranger to the big screen, having written movies like Crazy Stupid Love and the animated Cars and Tangled and writing and directing star vehicles like Danny Collins with Al Pacino and The Guilt Trip with Barbra Streisand. Life Itself, however, is far deeper and more personal than anything he has tackled creatively, and I am willing to bet that by the end of it there won’t be a dry eye in the house. It is a tale of love, loss, tragedy, heartbreak, hope and rebirth, and the structure of its screenplay asks the audience to stick with it through surprising twists and turns, comedy turning to drama on a dime, laughs into tears and, yes, the things of life. It doesn’t shy from sentiment but earns everything it asks of moviegoers, who just might see themselves somewhere in this collage of humanity.

It is difficult to sort through the labyrinth of plot and easier for these purposes simply to identify the players and their place in the puzzle. Oscar Issac plays Will, a lovestruck young man who falls for Abby (Olivia Wilde), but when we first meet him, he is describing his pain since she left him. Scenes flash back and forward, and to the present in the therapist office where he is in many sessions with Dr. Cait Morris (Annette Bening). We also meet Abby’s parents Irwin (Mandy Patinkin) and Linda (Jean Smart) as the young couple expect their first child, whom we later meet as Dylan, named after Will’s musical hero Bob Dylan. That character is fleshed out in Chapter Two, where she is shown as a young woman (Olivia Cooke) who is trying to find herself after experiencing her own heartbreaks.

Chapter Three takes us across the world from New York City to Seville, Spain, where we meet several characters, seemingly disconnected from events played out in America. They include rich landowner Mr. Saccione (Antonio Banderas), who employs Javier (Sergio Peris-Menchata) and his wife Isabel (Laia Costa), who live there with their young son Rodrigo, who is played briefly at various ages by several actors but mostly by Alex Monner as the young man he becomes. This chapter is perhaps the most daunting and daring for Fogelman as it changes gears from one country and set of characters to an entirely different one, going from English to Spanish (subtitles are used) and starting on a 12-minute monologue by Banderas in his native language that is absolutely riveting, and brilliantly acted. Here the folly of the human heart weighs heavily as Javier and his boss find themselves at odds over Isabel. To Fogelman’s credit, what could have been a soapy subplot never becomes anything less than recognizably human, and quite touching. Before we are done, the action will shift back to New York, where Rodrigo will try to make his own life, and the connections that have been nurtured slowly will become more apparent.

This isn’t easy stuff to pull off, but Fogelman succeeds in luring us in and keeping us genuinely involved with all these characters experiencing, as I said, the “things” of life and the fates that await us. Right down to the smallest role, the acting is sensational here. Isaac again proves his versatility and vulnerability onscreen, especially in scenes opposite Bening, who is great and authentic as his therapist. Patinkin is a marvel as always, and Cooke again shows she is one of the most promising actresses out there. Relative newcomer Costa is a revelation, and Banderas never been has better. Believe it or not, Samuel L. Jackson manages to turn up, however briefly, and is responsible for some of the film’s laughs as himself (!).

Yes, Life Itself is deadly serious in many ways, but that is balanced by some very funny moments, with Fogelman handling the tricky tonal shifts of his story with admirable skill. If you allow yourself to give in to it, this movie will reward you in special ways. For some reason some grumpy critics writing after the movie’s world premiere at the Toronto International Film Festival last week did not do that. Their loss. This is a must see for anyone with a beating heart and a will to embrace life and all the places it can take us.

Do you plan to see Life Itself? Let us know what you think.