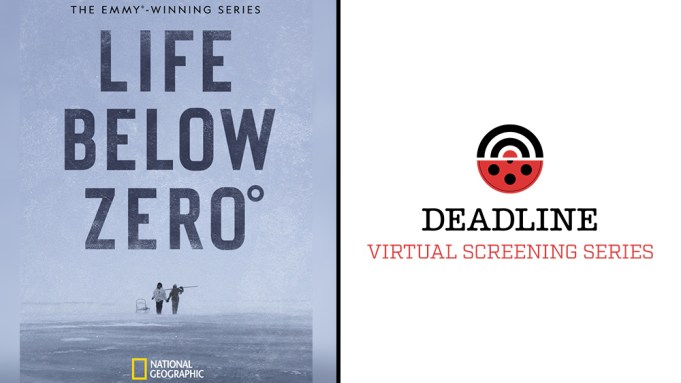 In this era of stay-at-home orders across America and the world due to the coronavirus pandemic, National Geographic’s Life Below Zero has truly become a show for our time, in more ways than one.

“The secret sauce of the show is diving deep into, well, the psychology of isolation – which I think we’re all really experiencing now ourselves,” executive producer and showrunner Joe Litzinger said of the long-running series on a recent panel for Deadline’s Virtual Screening Series.

Centered on the lives of those living in the remote lands of Alaska, the documentary series has won five Emmys since its debut in 2013.

After an online showing of the Season 13 “Winter Inferno” episode, Litzinger, director of photography Michael Cheeseman and star Sue Aikens joined me to talk about the skill, creativity and perseverance that goes into making Life Below Zero the U.S.’ most northern state. As Aikens declared in the video above of the specific generator moving episode from last year, and as could be said of the BBC Studios produced show in general: “The conditions were good, bad, good, bad.”

Still, with more than 100 episodes under its icy belt and the most Emmy nominations and wins for any Nat Geo nonfiction series, things are looking pretty bright for Life Below Zero today and in the future.

So check our conversation in the video above. And thank you to everyone who joined us online on April 9 for your enthusiasm and your great questions.