'This Is Us': How NBC Drama Wrapped The Pearsons' Story After Six Seasons; Dan Fogelman Breaks Down Series Finale; Stars React To End
Read the full story
March 24, 2021 1:20pm 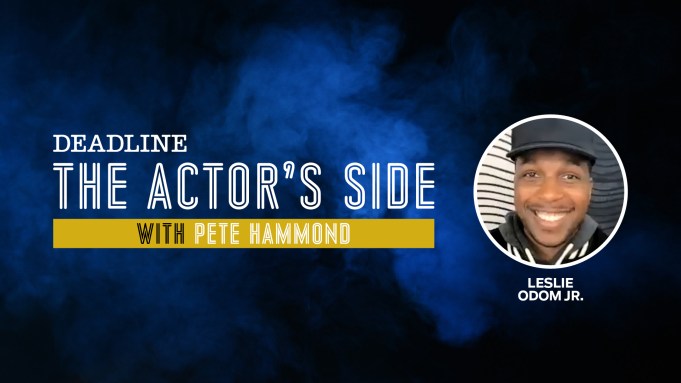 Leslie Odom Jr. is certainly having a very good year. He just received not one but two Oscar nominations, the first for his portrayal of musical icon Sam Cooke in One Night In Miami, and another for his original song “Speak Now” which plays over the Regina King-directed film’s end credits. That song had to be put together in a hurry as they came to him just a couple of weeks before the movie’s premiere at the Venice Film Festival, but he wrote it (with Sam Ashworth) and got it recorded to great effect, and as an anthem of sorts for the film which is a fictional telling of the actual 1963 meeting of Malcolm X, Cassius Clay just before he became known as Muhammad Ali, Jim Brown and Cooke.

In this week’s edition of my Deadline video series The Actor’s Side, taped just yesterday, Odom talks about the unique challenge of portraying Cooke and explains why he calls the iconic singer “one of my teachers.” As to how he uncannily did his own singing in the film, channeling Cooke’s inimitable style,  Odom says that all singers start out imitating someone, so that aspect was already ingrained in his own training.

The key to his remarkable performance, though, is that it wasn’t a pure imitation, but rather a three-dimensional portrayal that gets to the true essence of Cooke. Scenes between him and Kingsley Ben-Adir’s Malcolm X were also integral in delivering the truth of this story that puts these four major Black figures on a path one night to realizing their own responsibility to “speak now” in times that were indeed changing.

Odom, a Tony and Grammy winner for his role as Aaron Burr in Hamilton, talks about the intersection between theatre and film acting, and actually compares his own personal evolution to the journey that Kemp Powers’ stage play One Night In Miami took in getting to the screen (for which Powers is also Oscar nominated for Adapted Screenplay). Odom also talks about the power of having not only One Night In Miami being seen widely via Amazon, but also the filmed record of Hamilton being experienced by audiences on Disney’s streaming service at the same time.

And finally, he tells my why he decided to write a book of advice, Failing Up: How to Take Risks, Aim Higher, and Never Stop Learning, with the key lesson learned in his own career of never waiting around for the phone to ring.