Continue to Deadline SKIP AD
You will be redirected back to your article in seconds
Skip to main content
September 13, 2019 4:36pm 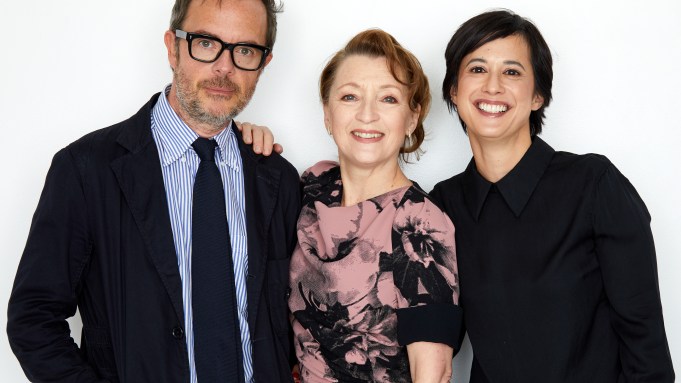 “It’s no secret that it’s a very personal story to him,” Barros D’Sa said at Deadline’s TIFF studio, “because it had its seed in a journey that he and his wife Peggy went through when she had a cancer diagnosis. So, that was the beginning. Of course, it’s a fictional story, but we were really drawn to it because it felt like it’s a love story, but it’s a very unusual kind of love story, I think, in that it focuses on characters in middle age, at a different time in life than we normally see explored in love stories.”

As Joan, opposite Liam Neeson’s Tom, Lesley Manville took an on-the-spot approach to some of the more traumatic scenes. “I found that with the difficult scenes, the emotional scenes, or the scenes to do with the procedures she was going through, something that I would just open myself up to in the moment, rather than pre-decide how to play them,” she said. “Because we did work with some fantastic nurses, who really were chemotherapy nurses, breast cancer biopsy nurses. We worked with real people, and I found that particularly moving, working with them. And I couldn’t have foreseen that.”

That marital chemistry with Neeson came naturally, Manville found. “I think both Liam and I work quite instinctively,” she said, “so we would do scenes together and something would come out of them that you couldn’t have predicted. So, I tried not to be too formulaic about it, and just get myself to a place where I was a bit more of a sponge.”