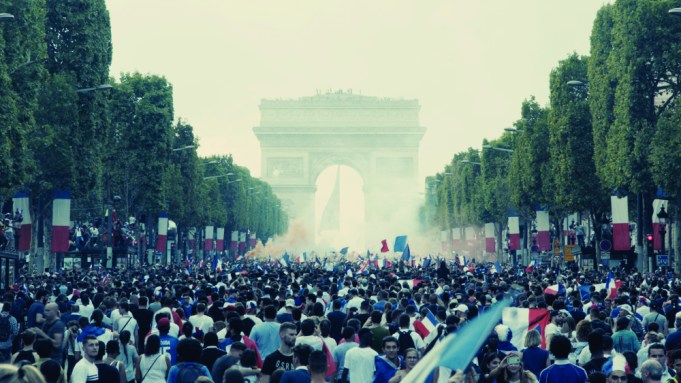 After closing one of the biggest domestic deals ever for a French-language movie at the Cannes Film Festival, Amazon Studios has released the first (subtitled) trailer for Ladj Ly’s Les Miserables. The politically charged urban drama is representing France in the Best International Feature Film category at the 92nd Oscars, and won the Cannes Jury Prize last May.

This is not Victor Hugo’s Les Miserables, but is set in a Paris suburb that featured in the classic novel. The trailer above provides a look at the contemporary strife between police and locals which is particularly resonant given the current climate in France. Ly wrote and directed the movie which was inspired by the 2005 Paris riots, and Ly’s own César-nominated short film of the same name.

The story focuses on Stéphane (Damien Bonnard) who has recently joined the Anti-Crime squad in Montfermeil, a sensitive district of the Paris projects. Paired up with Chris (Alexis Manenti) and Gwada (Djebril Zonga), whose methods are sometimes unorthodox, he rapidly discovers the tensions between the various neighborhood groups. When the trio finds themselves overrun during the course of an arrest, a drone begins filming every move they make.

Ly, who was a Deadline one-to-watch heading into Cannes where he was a rare first-time feature director to make the competition, was quickly snapped up by CAA