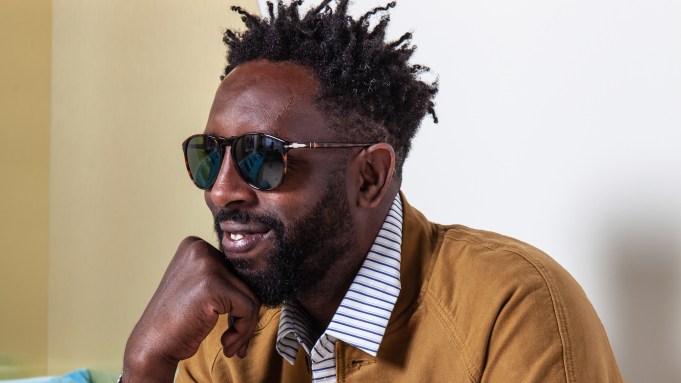 One of the breakout filmmakers of this year’s Cannes, Les Misérables writer/director Ladj Ly’s star is on the rise. His feature debut premiered to much fanfare in Competition, just after he signed with CAA and had already been named a Deadline One to Watch. And then, the film sold to Amazon Studios in one of the biggest domestic deals ever for a French-language movie.

Amid the action, the veteran of documentaries and shorts chatted with Deadline’s Cannes Studio (see video above) about being a rare first-timer in Competition. He says, “It’s true it was difficult to believe in the beginning… At the same time, I said to myself, it’s been 20 years that I’ve been making movies. It’s 20 years that I work and fight and persist in what I do. So, in a way, it’s merited.”

An autodidact who didn’t go to film school, Ly tells us, “My references are what I have lived, the people around me, the experience that I’ve gained over all these years. My cinema is really (that) I am inspired by reality, what I live, and that produces Les Misérables.”

The title refers to the area outside of Paris where Ly grew up and in which Victor Hugo partly set his classic novel, but this is not an update of that work. Ly explains, “We have a relationship with Victor Hugo since we were little, but it’s not at all an adaptation, it’s just a little wink. We took the title, but what I’m saying is that a century later, misery persists in the same area.”

Inspired by the 2005 Paris riots, and Ly’s César-nominated short film of the same name, this Les Misérables takes a provocative look into the tensions between neighborhood residents and police. Overall, Ly’s oeuvre has concentrated on stories that depict the realities of social and political life.

Will he stay working in the same genre? “Yes I think in the first instance I’ll continue to do my films because I still have a lot of stories to tell. After, it’s true that there was the CAA signing so there are a lot of proposals that are coming in. I want to stay focused on what I do. There’s Les Misérables and we’re preparing the next film that I’d like to shoot next year. What I really love is to film, so I already can’t wait to get to the next one, to calm myself down and not go too fast, but I’m already impatient.”

Check out the rest of our conversation above.