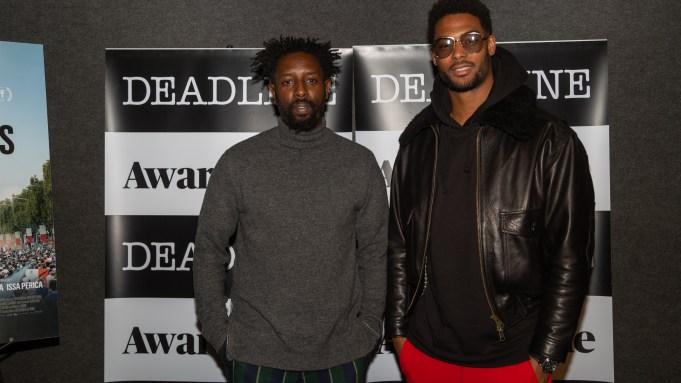 Distributed by Amazon Studios, Les Misérables is Ly’s first non-documentary feature, is no musical, no adaptation of the classic Victor Hugo novel. It does, however, take place in the neighborhood central to the novel — Montfermeil, a suburb of Paris that, as in Hugo’s day, is home to a poor and disenfranchised community. Today, African immigrants make up a primary demographic.

Ly knows the neighborhood well, having grown up there and remaining a resident (Zonga is a childhood friend of the director, and in the video above recounts having to convince Ly of his rightness for the role of conflicted cop Gwada). His largely autobiographical film, Ly told Deadline last night following the screening, consists almost entirely of events he actually witnessed, from the theft of a lion cub that ignites the neighborhood’s simmering tinderbox, to the extended, harrowing final scene of violence, retribution and uncontained rage.

“Everything you saw is inspired by real facts,” Ly says about the film inspired by the 2005 riots in the suburbs of Paris, “and this is my first film of fiction but it is a testimony to everything I have experienced over last 20 or 30 years as I’ve grown up in that neighborhood. So everything you see are experiences that I have lived firsthand.”

Even the unsettling extended burst of violence that ends Les Misérables, as the youth of Montfermeil give voice and action to their rage against the officers, was filmed in the very apartment building where Ly grew up, and where he witnessed an event much like the one depicted.

In the video above, Ly also talks about President Emmanuel Macron’s reaction to the film, which character in the film most represents his own younger self (hint: It’s the one played by the filmmaker’s son) and Kourtrajmé, the artists collective he co-founded, and the free film and arts school it created to give youths such as those depicted in Les Misérables training and the “opportunities to express their ideas.”