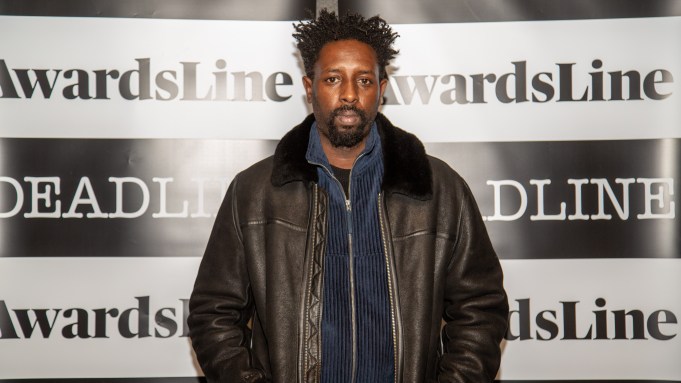 If Ladj Ly’s Cannes jury prize-winning Les Misérables seems stunningly true to life, that’s because it depicts the environment Ly grew up in down to the last detail.

“It’s a scene that I experienced in real life,” Ly said Thursday, speaking through an interpreter after an Awardsline screening of the film at the Landmark at 57 West in New York. A particularly powerful sequence depicting a riot in the film “is something that happened in the housing block that I lived in.”

Gripping, docudrama sequences worthy of Costas-Gavras and the film’s mosaic of deeply felt characters explain why the story of a police patrol that descends into violent chaos has garnered praise in recent months. Amazon is preparing a qualifying run this year ahead of a commercial theatrical release in January. It earned a Spirit nomination in the foreign-language category and is France’s official submission for the Academy Awards foreign-language category.

Ly, who was born in Mali, recalled getting his start about 15 years ago after picking up a camera and capturing vignettes from his neighborhood 15 miles east of Paris, a communal village called Montfermeil. It happens to be the same place where much of Victor Hugo’s 1862 novel Les Misérables is set, a fact that is referenced in the film. As Ly noted, the area “still suffers from poverty” and its largely immigrant and underclass population frequently clashes with police. Ly said he discovered the power of images and filmmaking when he captured footage of police brutality in his community. His film delivers a wealth of these authentic moments, from quiet and contemplative moments to elaborate set pieces, such as the riot sequence in the stairwell of a public housing development.

“I’m not going to say that it wasn’t complicated, but we shot it in two days with over 100 kids,” he said of the tension-filled, 10-minute passage. “It’s not so hard for me to do these big scenes. It’s one of the real pleasures for me is to do these kinds of things where you have more than 50 actors, there’s a lot of action. It’s kind of what I get off on in making a film.”

Asked about ties between the unrest on Montferemeil, where riots in 2005 garnered international attention, and the more recent “yellow vest” protests that have roiled France, Ly said there is a clear connection. “We’ve been yellow vests in the ‘banieux,’ the suburbs, for 20 years,” he said. “We’ve been fighting the same struggle for all this time.”

The themes of the film remain extremely relevant. When the film opened this week in France, President Emmanuel Macron said he was “shaken by the accuracy” of Ly’s portrait. Ly told the Awardsline audience that he plans to revisit the landscape of Les Misérables and explore more dimensions of its story.

“I’m going to be doing a followup to the film — as it happens, I have a trilogy planned,” he said. “The second part is a more political film, which I hope to be shooting next year. And I hope to be doing the third part in two years.”