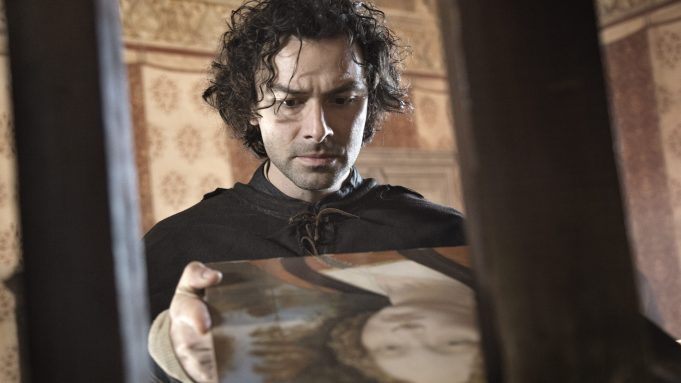 The Hobbit and Poldark star Aidan Turner’s performance as Leonardo da Vinci in Leonardo has been revealed for the first time in a short clip of the drama co-created by The Man In The High Castle writer Frank Spotnitz.

Released to celebrate the great artist, engineer and inventor’s birthday, Turner is pictured learning his craft as an apprentice before setting to work on The Last Supper. It features footage directed by Dan Percival and Alexis Sweet, as well as a John Paesano score.

Leonardo will premiere next year, telling the story of the 15th/16th century Italian genius. It is produced by Lux Vide with RAI Fiction and Big Light Productions in association with France Télévisions and RTVE. Sony Pictures Television is the co-producer and distributor.

Spotnitz said: “It’s both a challenge and an honour to dramatize the life of one of the most fascinating people who ever lived. Leonardo is constantly surprising, and despite his fame remains an enigma more than 500 years after his death. We’ve uncovered sometimes little-noticed clues about Leonardo’s life and pieced them together in a puzzle that attempts to reveal the humanity behind the genius.”

Luca Bernabei, Lux Vide CEO and producer, added: “Leonardo’s story invites us to believe in humanity, in its extraordinary abilities and the possibility of looking to the future beyond those horizons that today appear as overwhelming obstacles.”

A U.S. or UK broadcaster is yet to pick-up the series.