Continue to Deadline SKIP AD
You will be redirected back to your article in seconds
Skip to main content
April 9, 2021 1:59pm 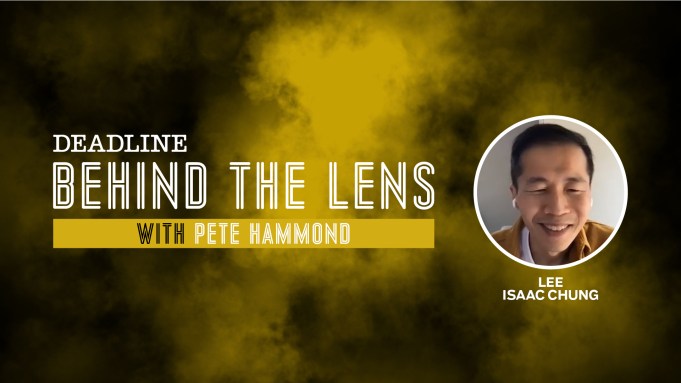 These are good times for Lee Isaac Chung. The writer-director of the widely acclaimed Minari is up for Best Director at this weekend’s DGA awards, and his film is nominated for six BAFTA Awards including one for his directing. It is also up for the Best Picture Oscar and five other nominations including two for him in Original Screenplay and Directing. Not bad for a guy who was about to turn 40 and give it all up for a teaching job in Utah.

As Chung explains in this week’s edition of my Deadline video series Behind the Lens, this much-praised movie, which also swept the top awards at the 2020 Sundance Film Festival, only happened because he decided to take one last shot as a filmmaker by telling a story with deep personal resonance inspired by his own family life growing up in America; the Korean-American son of immigrants was born in Denver and lived on a farm in Arkansas, similar to what the Steven Yeun character does in Minari. As Chung (or Isaac as everyone calls him) says, even though much of it is in the Korean language with subtitles, this is not a film about immigration, but rather about achieving your own American Dream and what it means to be a father. It is a universal story of family, which may be a reason it has been universally acclaimed.

We talk about it all including his literary inspirations; the reason to do so much of it in the Korean language, a decision that led the Golden Globes and some critics groups to label it (wrongly) a “foreign film”; the casting of young Alan Kim in a key role close to Chung; as well as newly crowned SAG winner and Oscar nominee Yuh- Jung Youn in a role with echoes of his own grandmother. Plus he describes making his first film and having it accepted into the Cannes Film Festival; getting backing for Minari from A24 and Plan B; his current plans to make a live-action film version of the Japanese anime Your Name as his next project; and the American movies that impressed his father and why dad really wants Isaac to remake Ben-Hur.

To watch our conversation and go behind the lens with Lee Isaac Chung, watch the video above.