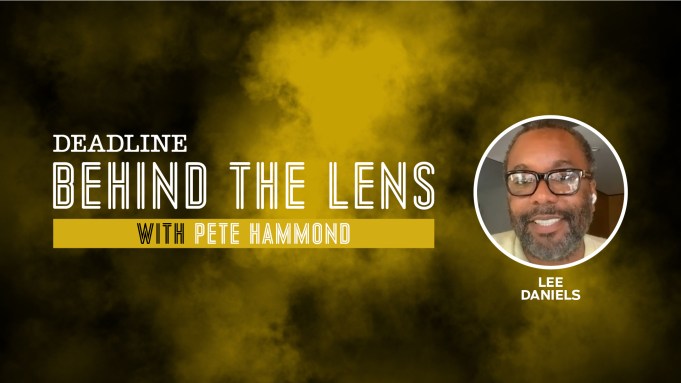 It is always entertaining and informative when I get the chance to talk with Lee Daniels, as I did for this week’s edition of my Deadline video series Behind the Lens. He is unapologetically honest and authentic in talking about this business, his career, his influences and why he is so happy to be back behind the camera making movies after several seasons of great success on TV with Empire and Star on Fox. Here the occasion for our virtual meeting is to talk his new film, The United States vs Billie Holiday, just dropping on Hulu after the streamer picked it up from Paramount which simply couldn’t find a way to properly release it in theaters during this pandemic, and still get it out in time to qualify for this year’s extended Oscar eligibility.

It has already received Golden Globe and Critics Choice nominations for star Andra Day, in both lead actress and original song categories, and Daniels talks about her remarkable performance as the legendary singer, who was targeted by the FBI and Federal Department of Narcotics simply for refusing to stop singing her song, “Strange Fruit,” inspired by her witnessing Black men hanging from trees as she toured the South and responsible for helping to ignite the civil rights movement.

Daniels says that until he got this material, he was not aware of just how influential Holiday was in this regard. He has nothing but praise for the 1972 biopic of Holiday starring Diana Ross, Lady Sings the Blues, a movie that along with John Waters’ Pink Flamingos he says is responsible for him wanting to make films, but with first-time actor Andra Day we see a whole other side of the story and he calls it incredibly timely right now.

We also discuss Daniels’ affinity for giving great roles to women, from Halle Berry’s historic Oscar win in Monsters Ball which he produced all the way to first-timer Day, especially as he says they were the ones who supported this young Black gay man when no one else did. We talk about his “diligent” producing talents, the four directors who have had the greatest influence on his career, the difference between indie filmmaking and working for a TV network, and the fact that after the enormous success of Precious the doors still weren’t swung wide open for him (this after becoming the first Black person to win a DGA feature directing nomination, and only the second at the Oscars). He is also hilarious when he describes trying to do an audience test of his new film virtually.

To watch our conversation and go Behind the Lens with Daniels, check out the video above.