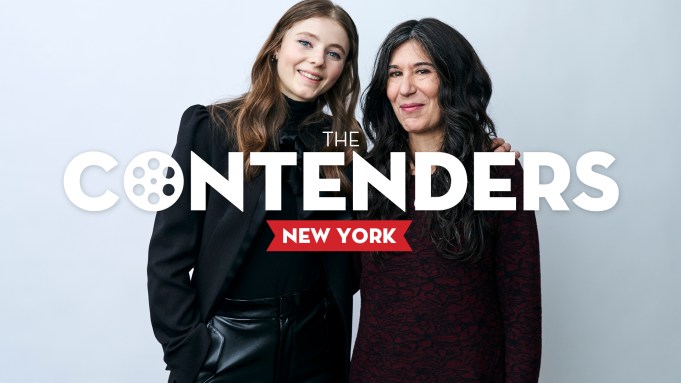 In Leave No Trace, breakout star Thomasin McKenzie plays Tom, a girl living in the woods with her post-traumatic stress-affected father (Ben Foster), and for much of the film, it’s just McKenzie and Foster sharing the screen in cramped outdoor-survival conditions. Speaking onstage at Deadline’s The Contenders New York event, McKenzie and director-writer Debra Granik discussed how they created the chemistry behind an intense father-daughter story.

“What was so central for me for this performance was the relationship that Ben and I had together,” McKenzie said of her work with Foster, “and how comfortable we were in each other’s space. I think that’s what really did drive the performance and drive the film and make the audience relate and feel empathy and just be engaged.”

For Granik, her previous work with a veteran informed the film (released in June by Bleecker Street and already up for three Spirit Awards: Best Feature, Director and Supporting for McKenzie), along with the carefully researched understanding that Foster brought to the table. “I had spent time with a veteran on a previous film who informed this film greatly,” she said. “Ben had also done extensive work in representing, interpreting and portraying combat veterans, so he came with an endowment, so with the confluence of those things, I think he had a deep understanding of why this person was choosing a way of life that he could perform well that he could not do in the larger context of the cacophonous digital society.”

On set, Granik’s directing style felt like a true collaboration, McKenzie said. “It was amazing. Working with Debra, it’s like you’re working together and you feel like a unit and team, and you’re really in it together and having fun and trying things out. It was a really interesting experience and a very inspiring one too.”