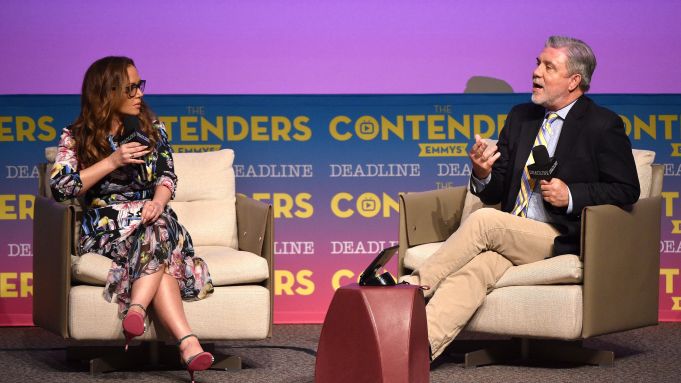 Since Leah Remini and Mike Rinder started A&E’s award-winning docuseries Leah Remini: Scientology and the Aftermath, Remini has seen more of an awareness and willingness to question the religion, as evidenced by many of the guests on the series who have “disconnected” from Scientology.

The duo, who featured on a panel at Deadline’s annual The Contenders Emmys event, also said they’ve noted a shift in Hollywood and in a shift in the press when it comes to Scientology. “People are starting to write about it — it started way before us,” said Remini. “We are not the heroes here. There are many people before us who were courageous.”

In Season 3, Remini says the focus of the series is the shift to what will happen when the authorities become involved. She urged congressman, senators, police officers, and the FBI to prepare themselves for what the pair says will be uncovered.

“People are starting to say we’re going say we’re to tell the story, and you can come after us and that’s OK ’cause we’re gonna tell the truth,” Remini said. “I applaud .. people who have told the story before us and who will tell the story after us, because it’s a collective.”