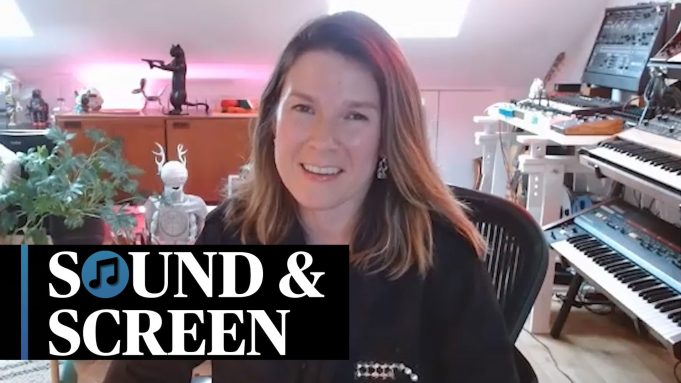 The composer showcase, spotlighting original music written for television, was presented by Deadline, Global Music Rights and Rhapsody PR, taking place at the Newman Scoring Stage on the Fox Lot. While Barrett couldn’t be present for the event in person, she was able to attend virtually, watching as her score was brought to life by a 55-piece orchestra.

Debuting in April, Organized Crime follows Detective Elliot Stabler (Christopher Meloni) as he returns to the NYPD, following a horrific attack on his family. Upon joining the Organized Crime Task Force led by Sergeant Ayanna Bell (Danielle Moné Truitt), Stabler finds himself on a collision course with crime boss Richard Wheatley (Dylan McDermott), seeking justice for the murder of a loved one.

For Barrett, scoring Organized Crime proved to be “pulse-racing” work. “It was such a ride to work on,” adds the Emmy nominee, “absolutely brilliant.”

When Barrett signed onto the series, she was aware of Law & Order‘s “big fan base,” anticipating the “expectation” that comes with it.

At the same time, she was given the liberties necessary to make the NBC spin-off’s score her own. “The production were just like, ‘Go guns. Go do your thing…We want to create something completely unique.’ Because it’s got its own format,” she told Deadline. “It’s basically gangsters, [a] cat-and-mouse game over eight episodes, so it really needed a completely new score, and they didn’t really want me to listen to anything from before, but just to go with my gut on it.”

Prior to the the Sound & Screen concert taping, Barrett also spoke with Deadline about her writing process, a new theme she penned for Elliot Stabler, and Organized Crime‘s Season 2 renewal.

Barrett was one of four composers whose work was performed at our event. Other Emmy contenders participating were Jeff Russo (Fargo, Oslo, Star Trek: Discovery), Siddhartha Khosla (This Is Us) and Kris Bowers (Bridgerton). You can view Russo’s segment by clicking here; Khosla’s can be found here. We’ll be bringing you Bowers’ tomorrow.

Check out Barrett’s Sound & Screen showcase, as well as an accompanying interview with Deadline, above.