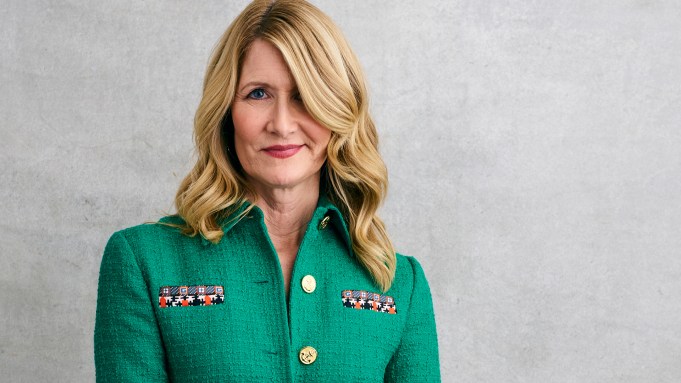 As Netflix viewers discover Marriage Story, one of the standout scenes is Laura Dern’s monologue. She plays Scarlett Johansson’s cutthroat divorce lawyer in the Noah Baumbach film, which recently received the most nominations at the Golden Globes.

Near the end of the divorce, Dern’s character unleashes her true feelings about how society forgives husbands for not measuring up, so it’s time for wives to get their fair share.

“While we we were looking at the script, he and myself, cared about giving some understanding of why this divorce lawyer decided to do what she does,” Dern said recently at Deadline’s annual The Contenders New York award-season event. “Otherwise it just seems like someone only out for the money or the win and very calculated.”

“This monologue was describing why she wanted to step in to the role of representing the voiceless in the business of family law and women particularly, even though she’s not I think a particularly generous in every other scene in the movie,” Dern said onstage at the DGA Theater before a crowd of Academy and guild voters.

The lawyer takes it back to the conception of Jesus Christ, in which she feels Mary does all the work carrying Jesus. “I said, ‘Do you mind if I add one little thought at the end?’ which was ‘God didn’t even do the f*cking’ because guys, he didn’t,” Dern said. “It’s an amazing way for a writer to describe this double standard that I think is just so delicious.”