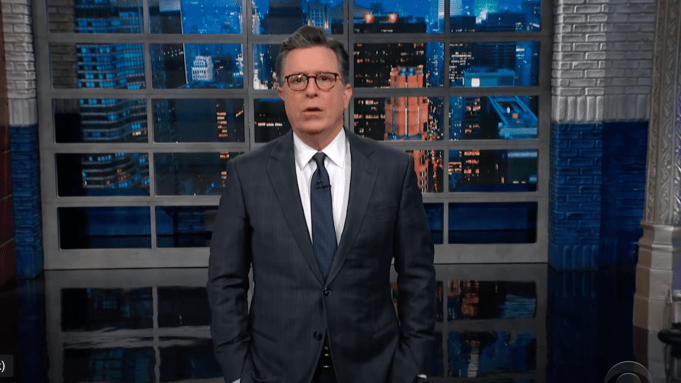 You may be wondering why famed Sesame Street character Big Bird, and Texas Sen. Ted Cruz are being mentioned in the same sentence, but here’s what happened.

Last week, the CDC approved the Covid vaccine for kids 5 to 11. The Sesame Street character sent out a tweet encouraging kids that it’s ok to get the shot.

“I got the COVID-19 vaccine today! My wing is feeling a little sore, but it’ll give my body an extra protective boost that keeps me and others healthy,” Big Bird said.

When the Late Night host mentions Cruz’s name, the audible boos from the audience overpowered Colbert’s speech. Cruz didn’t like Big Bird teaching kids how to stay healthy. So he retweeted it with a comment about government propaganda for children.

Colbert responded with “This is the craziest anti-vax Muppet outrage since they claimed Pfizer gave Swedish Chef giant meatballs.”

To follow up this comment, the Late Night host had some choice words about what Cruz had to say with a small Sesame Street reference.

“Senator Cruz. How should I put this? Our show tonight is brought to you by the letters F and U.”

According to Colbert, Cruz and Big Bird do have something in common, especially in the way the politician acted during last year’s Texas winter freeze-over.

Said Colbert: “They have so much in common when it gets cold, they both fly south.”

Watch the full opening monologue above.