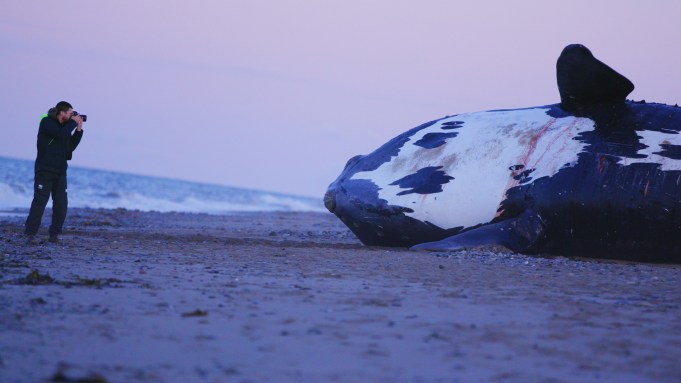 EXCLUSIVE: Here’s the debut trailer for Last of the Right Whales, Nadine Pequeneza‘s documentary about the fight to save the titular sea mammal from extinction.

The doc is the story of a disparate group of people – a wildlife photographer, a marine biologist, a whale rescuer, and a crab fisher – united in their cause to save the North Atlantic right whale. By joining forces these formidable allies are determined to stop the world’s first great whale extinction. With unprecedented access to film the migration of the North Atlantic right whale from their calving ground off the coast of Florida to their new feeding area in the Gulf of St. Lawrence, this feature documentary brings a message of hope about the most at-risk, great whale on the planet.

As Deadline revealed previously, the film picked up by Off The Fence, the distribution and production company behind Oscar winning doc My Octopus Teacher, which took all international rights excluding territories where deals have been concluded, namely Germany (SWR), France (ARTE) and Canada (the Canadian Broadcasting Corporation). Producer HitPlay Productions has retained U.S. rights. A theatrical release is being planned via IndieCan Entertainment in Canada for the fall. CBC will air in 2022.