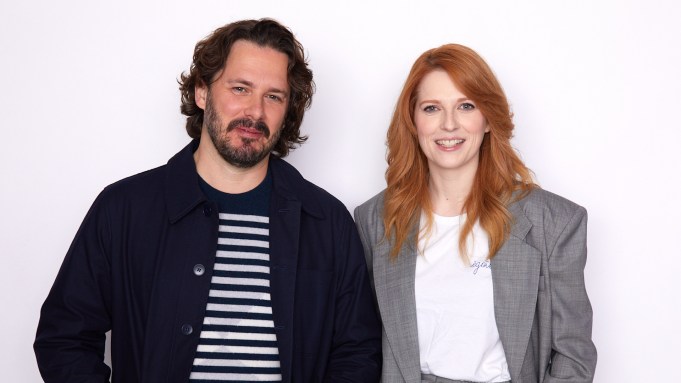 For anyone questioning the viability of original content on the big screen, there’s a moment in Edgar Wright’s 1960s fantasy-horror feature Last Night in Soho which could reduce the most stone-cold hearted streaming proponent to water.

Anya Taylor-Joy, playing the aspiring singer, Sandy, (who Thomasin McKenzie’s Eloise is having some deep visions about), takes the stage at an empty nightclub for an audition and belts Petula Clark’s “Downtown.” It’s truly a moving, spiritual sequence, and an oasis in the first act after Wright has colorfully set up his movie about a young girl who heads to fashion school in London, only to be haunted by the memories of a woman who lived the high life, and low life, of London’s swinging 1960s Soho. And it’s a scene that had the audience transfixed last night at the pic’s TIFF premiere.

Speaking to Last Night in Soho director, producer and writer Wright today at Deadline’s Toronto studio, we asked the iconoclast if he, too, was concerned about the future of cinema post pandemic as streaming has greatly encroached upon it with studios left and right practicing theatrical day-and date models.

“There is an element where I feel like there’s too much doomsdaying on the internet,” says the director, “I always feel like a lot of people who are saying ‘the death of cinema’ have vested interests in the streamers and stuff.”

“I wanna believe that it (the big screen) will come back. It already is in a way; Shang-Chi achieving the second-highest grossing (opening) of the year,” he continues.

“Ya gotta think that someone up there is going ‘Ways to make more money? Release it exclusively in cinemas first? Yes! Like the old days! That’s a great idea! Let’s do it!,” Wright joked.

“On a spiritual level, I always want to have the opportunity to watch something in the cinema. It’s important to me that if you want to go and see Last Night in Soho in a cinema, you can go see it in a cinema,” he said.

“But then on a more cynical level, you have to think capitalism always wins,” Wright adds, “If people think they can make more money in the cinemas first, then that will happen.”

“It will be terrible if it (cinemas) went away, but I don’t think it will,” Wright said, “pandemic aside, do you or do you not want to get off the couch? Some people want to leave the house. I do.”

Watch our conversation above with Wright about the making of Last Night in Soho; his teaming with Oscar-nominated screenwriter Krysty Wilson-Cairns, and how Wright originally had Taylor-Joy in mind to the play the young Eloise role, which then went to McKenzie, and why that changed.

The Focus Features release of the Working Title movie comes out on Oct. 29, just in time for Halloween.