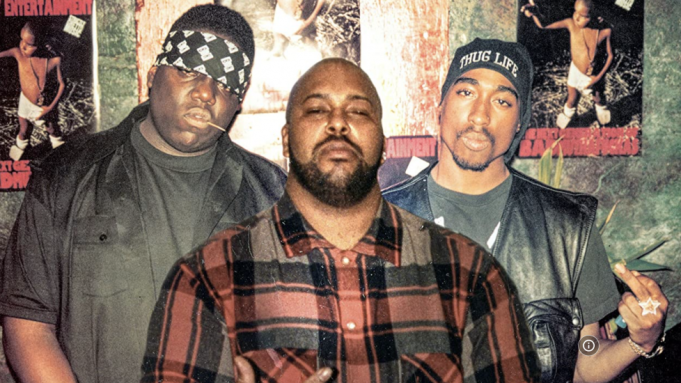 Almost a quarter century after the unsolved murder of rapper Biggie Smalls, filmmaker Nick Broomfield is attempting to get to the bottom of the story.

A trailer dropped Monday for Broomfield’s new documentary, Last Man Standing: Suge Knight and the Murders of Biggie & Tupac, a film that points a finger of culpability at the LAPD in the death of Smalls, who was killed in an ambush outside the Petersen Automotive Museum in Los Angeles in 1997. No one has ever been held to account for the shooting, but from 1997 on suspicions have swirled that Death Row Records CEO Marion “Suge” Knight ordered the hit in retaliation for the 1996 drive by killing of rapper Tupac Shakur in Las Vegas. Shakur recorded on Knight’s label.

Broomfield investigated the deaths of Smalls and Shakur in his 2002 documentary Biggie & Tupac, but returned to the subject more recently after Knight was sentenced to 28 years in prison for an unrelated killing.

“People started talking more freely since Suge’s incarceration about the shadow behind Biggie Smalls’ and Tupac Shakur’s murders,” Broomfield notes in his narration for Last Man Standing. “People were opening up to things I couldn’t get answered before.”

“I would put money on LAPD’s involvement,” one of Broomfield’s sources says in the trailer.

According to a release from Gravitas Ventures, the documentary explores the allegations of a former LAPD detective, Russell Poole, who before his death in 2015 alleged that Knight “commissioned” Smalls’ killing “with the help of corrupt LAPD officers who were moonlighting at Death Row Records. These police officers were also members of Suge’s criminal gang the Mob Pirus and with their resources helped orchestrate the hit on Biggie Smalls. The film produces new evidence and witnesses who actually saw these LAPD officers present on the night of Biggie’s murder, and who also testify that critical information had been deliberately withheld and concealed by the LAPD.”

In a recent interview Broomfield stated, “I felt more and more determined that the LAPD weren’t going to get away with a kind of snow job of pretending they weren’t involved and anybody who thought they were was an idiot and a conspiracy theorist.”

Poole’s allegations did not endear him to the LAPD and he eventually left the force and founded a private detective agency.

“Russell Poole got a really hard deal,” Broomfield noted in his recent interview. “I just felt that there was an injustice and it wasn’t just an injustice to Biggie Smalls—it was an injustice to all the other people who had actually fought to tell the truth and been denigrated, I felt, by the LAPD.”

Gravitas Ventures is releasing Last Man Standing in theaters and on demand on August 20. The film is directed and produced by Broomfield, and produced by Pam Brooks, Kyle Gibbon, Shani Hinton, and Marc Hoeferlin. Richard Bond is executive producer. Cinematographers include Barney Broomfield (Nick’s son), Tristan Copeland, and Sam Mitchell.