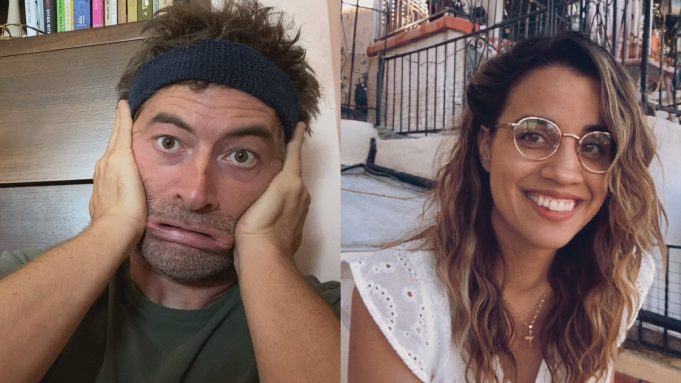 On Thursday, Shout! Studios unveiled a first-look trailer for its upcoming comedy Language Lessons, announcing that it will open in Los Angeles, New York City, and select theaters nationwide September 10.

The bittersweet, honest, and at times darkly funny dramedy centers on Adam (Mark Duplass), whose husband surprises him with weekly Spanish lessons. Adam is unsure about where or how this new element will fit into his already quite structured life. But when tragedy strikes, his Spanish teacher, Cariño (Natalie Morales), becomes a lifeline he didn’t know he needed. He develops an unexpected and complicated emotional bond with Cariño. But the question is, do you really know someone, just because you’ve experienced a traumatic moment with them?

The disarmingly moving exploration of platonic love marks Morales’ (Dead to Me) feature directorial debut. The actress wrote the script with her co-star, Duplass (The Morning Show, Room 104).

Pic was one of two films Morales directed in the time of the Covid-19 pandemic. Her other feature, Hulu comedy Plan B, debuted on the streamer in May.

Check out the first trailer for Language Lessons above.