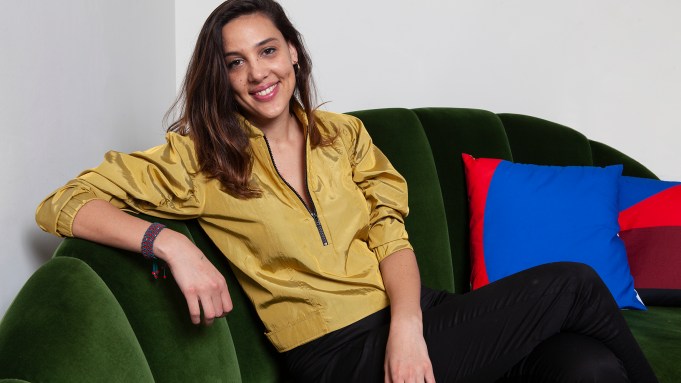 A coming-of-age story that focuses on a young girl’s grief process, first-time feature director Sofia Quiros’ Land Of Ashes (Ceniza Negra) debuted as part of the Critics’ Week program here. It’s a personal drama from the Costa Rican filmmaker who explained at Deadline’s Cannes Studio, “I was trying to tell the story of how a little girl goes through mourning and how this mourning was very magical and transformative for her.”

The film is a return to Critics Week where Quiros previously premiered Selva, a short she made during Land Of Ashes‘ development process.

Both films star Smashleen Gutiérrez as Selva who in Land Of Ashes is a 13-year-old living in a Caribbean coastal town. As she grows up, she tries to keep her family together, but after the sudden disappearance of her only motherly figure, she is left to take care of her grandfather who doesn’t want to live. Between shadows and wild games, she must decide if she will help her grandfather die, even though that means going through her last moments of childhood alone.

Quiros told us that over the past five years she has gone through three significant deaths in her family, but it was a little cousin who inspired her as the girl processed the prospect of losing her mother. “I was seeing how she deals with the idea of how her mother was sick and the idea of death… Everything was so natural for her… It’s fascinating how a little girl can go through something so difficult and she has this vision of life — obviously she has pain, but she understands death like something natural… This inspires me a lot.”

Check out more in the video above.