Continue to Deadline SKIP AD
You will be redirected back to your article in seconds
Skip to main content
September 8, 2020 1:37am 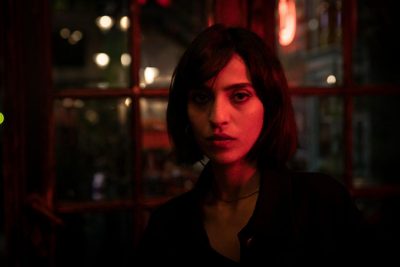 EXCLUSIVE: Here you can watch the first trailer for Israeli filmmaker Amos Gitai’s Laila In Haifa, which is set to premiere in Venice Film Festival’s Competition program Tuesday.

The Arabic and Hebrew-language pic features an ensemble cast of both Israeli and Palestinian actors. It interweaves the stories of five women. Set over a night in a club in the Israeli port town of Haifa, the film is a candid snapshot of one of the last remaining spaces where Israelis and Palestinians come together to engage in face-to-face relationships.

HanWay Films is handling the project’s sales. The sales co also recently struck a deal to rep Gitai’s back catalogue.

The movie is a production from AGAV Films, CDP, and United King Films in association with Patrick Jeanneret, Andrea Di Nardo, and Ruth and Stephen Hendel.