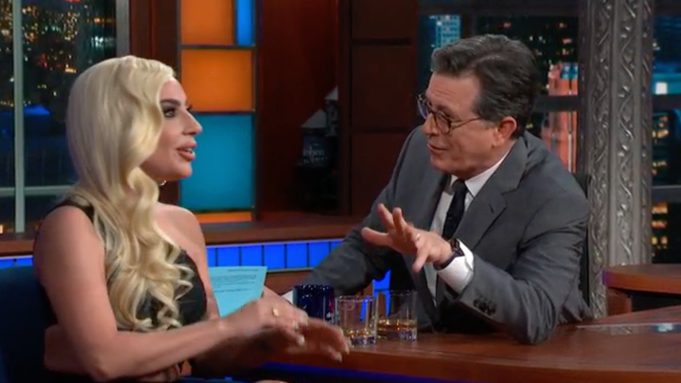 Gaga spends a good portion of her interview fawning over working with Bennett who is one of her idols.

“He is a remarkable human being,” she said before she began to list the many merits of the singer’s life and career.

“He served our country. He also marched with Dr. Martin Luther King, Jr. He used to sneak Duke Ellington in the back of hotels to play jazz music all night long– his commitment to civil rights and to humanity is something that he has taught me from a young age to take with me and all that I do.”

She also discusses how they recorded their new Cole Porter based duet album after Bennett received an Alzheimer diagnosis, and it was important to her to get into the studio before his condition worsened.

“Watching him begin his journey with Alzheimer’s years ago, I remember I wanted to make good on a promise. Then a couple of years later, his Alzheimer’s just started to set on, and I said, let’s go into the studio now. And we did. When I tell you that when jazz begins this man lights up in a way that is such magic.”

Despite his condition, music was a great motivator and clearly something he used to navigate the world.

“Anybody that has a family member or somebody that they love that’s suffering from Alzheimer’s or dementia music is magic music. Music is a miracle.”

To watch the full interview, click the video above.