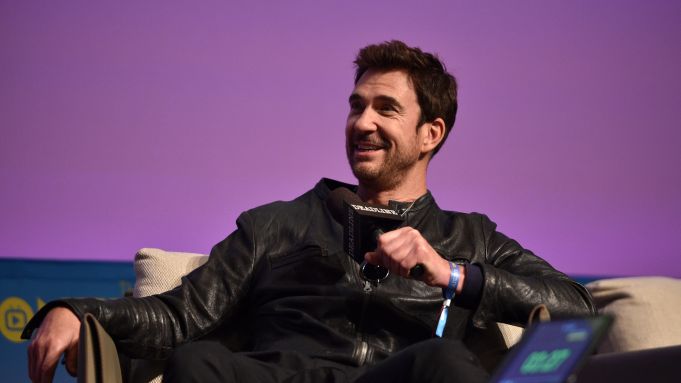 Dylan McDermott is known for plenty of TV roles, but most have been in the dramatic sphere. From The Practice to American Horror Story to Stalker, his past gigs aren’t exactly lighthearted and fun. During Deadline’s The Contenders Emmys event, he said he “knew it was time” to make that transition from drama into comedy with LA to Vegas.

“I have done too much darkness,” said McDermott, who previously worked with the show’s producer Will Ferrell on the comedy The Campaign. (McDermott said the chance to work again with Ferrell was a no-brainer after his experience on that film, saying he thought at the time, “This is the greatest job in the world — all they do is laugh all day long and tell jokes. This is the best!”)

McDermott, who played the mustachioed Captain Dave on the Fox comedy, which didn’t get picked up for a second season, admitted to the packed DGA Theater crowd that his isn’t exactly the first name that comes to mind of when one hears the phrase “comedic actor.” But he had some tricks up his sleeve.

“No one thought of me for this,” he said of the show. “Luckily, when I was a kid in New York, I did stand-up. I have done some comedy along the way. So I knew I could do it, but no one else did.”