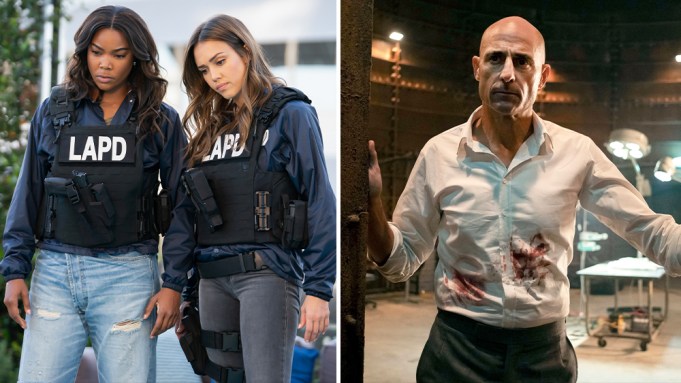 Spectrum Originals has set premiere dates for the delayed Season 2 of its cop show L.A’s Finest and its new British crime-medical drama Temple. Check out the trailers and some first-look images above and below.

The LAPD actioner starring Gabrielle Union and Jessica Alba had been set to bow June 8, but the massive protests over George Floyd’s killing two weeks earlier — which included lockdown curfews in Los Angeles — led Spectrum to table it. All 13 episodes of its sophomore run now will be available Wednesday, September 9.

Season 1 of L.A.’s Finest — which will have its broadcast premiere September 21 on Fox — followed Syd Burnett (Union), who was last seen in Miami taking down a drug cartel and left her complicated past to become an LAPD detective. Paired with a new partner, Nancy McKenna (Alba), a working mom with an equally complex history, Syd was forced to confront how her unapologetic lifestyle was masking a greater personal secret. Taking on the most dangerous criminals in Los Angeles while skirting the rules, and speed limits, Syd and Nancy became a force to be reckoned with – on the streets, and in each other’s lives.

Meanwhile, all eight episodes of Sky’s character-driven drama   Temple will bow on Monday, October 26. It stars Mark Strong as
a brilliant but haunted surgeon who sacrifices everything for love when he opens an illegal medical clinic in the network of tunnels beneath London’s Temple subway station. When word of the clinic starts to spread among outcasts and the criminal underworld, Daniel becomes entrenched in dangerous battles between life and death — and one for his very soul.

Strong and Liza Marshall serve as executive producers for Hera Pictures, and Gabriel Silver executive produces for Sky. Temple is written and adapted by Mark O’Rowe from the Norwegian drama series Valkyrien.

Here is the Temple trailer: