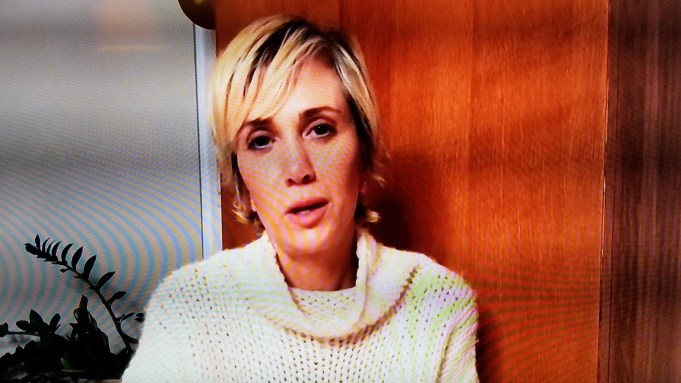 Earlier this week, Saturday Night Live said that there would be no host for its Season 45 finale, but looks like plans changed for the NBC series’ latest At Home edition with a blast from the past

As you can see in the video above, the former member of the SNL cast, took the opportunity to go a little Liza (Minnelli, that is), a little body building and offered thanks Moms on the eve of Mother’s Day. “I don’t know if I truly appreciated my Mom the first 45 years of my life,” said the 2006 – 2012 regular on the Lorne Michaels EP’d show. “But this year, I’m feeling especially grateful,” a low-key Wiig added, surrounded by candles in her own home under coronavirus lockdown.

Besides being an alum and following an opening with Alec Baldwin back as Donald Trump, Wiig makes sense as the host of SNL’s shorter than usual season. She stars in the greatly anticipated Wonder Woman 1984 sequel, which was supposed to be coming out next months in multiplexes around the world. As it is, because of the COVID-19 crisis, the Gal Gadot-led tentpole will be out in August, at least that’s the plan for now.