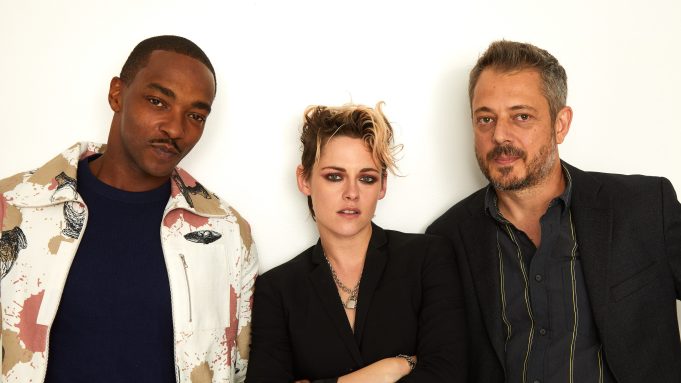 Kristen Stewart counted her blessings yesterday in Deadline’s TIFF studio, as she reflected on the rougher road traveled by Jean Seberg, who raised her voice to fight for racial equality and endured years of surveillance by the U.S. government as a result. “I’ve been lucky because I’ve never functioned in a way that was afraid,” she said. “I’m kind of piggybacking on this generation that doesn’t understand that, and it’s just not an issue for them.”

Stewart plays the Breathless star in Benedict Andrews’ Seberg. “The script was really radical to me,” Stewart said. “It just felt like she was so progressive. There was never a point where I feared that she would be judged for being impulsive, and being overtly sexual and kind of voracious. Most women, for some reason – and I do this too, and it’s awful – I think that we’re all kind of conditioned to have these reactions to things, and we’re hopefully reprogramming. I think she was a huge proponent of that.”

Seberg is one of many films at TIFF this year dealing with individuals – truth tellers – who rise up against systemic injustice, something Stewart feels is needed in the current political climate. “It’s so bad right now,” she said. “Our president’s the most racist human being.”

For Anthony Mackie, who plays the Civil Rights activist Hakim Jamal in the movie, “I think it’s the day and age in which we live. I think America, and the world, is starting to come to a point where we’re coming to a generational uprising.”

“We live in a moment of history where we know outright lies are being told,” said Andrews. “Lies are being tweeted, and literally, we see the double truth. In this movie, we see the mechanism of power in action destroying lives. We see how that mechanism weaponizes lies.”

“And distorts truth in a way that makes it unattainable,” Stewart added. “And makes you feel completely helpless and just invalid.”

For more from Stewart, Mackie and Andrews, check out our video above.