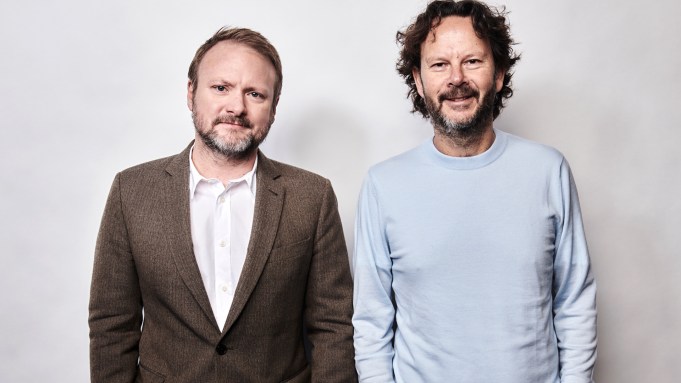 Coming back down to Earth after several years cocooned in the Star Wars universe, Rian Johnson proves that he hasn’t lost touch with the modern world with his stylish but seriously topical black comedy Knives Out. Set in the aftermath of an apparent suicide, it finds the family of late fiction writer Harlan Thrombey (Christopher Plummer) squabbling over his estate, only to find that they are under suspicion for murder. Featuring an all-star cast that includes Jamie Lee Curtis, Don Johnson, Toni Colette, Michael Shannon and Chris Evans—not to mention the current 007 Daniel Craig sending up his sleuthing skills as eccentric detective Benoit Blanc—Knives Out sets Johnson returning to the path he began carving out in the indie world with films such as Brick, The Brothers Bloom and Looper.

Speaking at the ninth annual The Contenders Los Angeles, Johnson outlined the roots of the project. “Primarily, the movie is designed as a crowd-pleaser,” he told Deadline’s Joe Utichi and a packed audience of Oscar and key guild voters. “It’s a fun ride first and foremost, and very much drawing from the Agatha Christie movies I watched as a kid with my family—the ones with Peter Ustinov as Poirot, that had an all-star cast, and just had a kind of cheeky, self-aware tone, but still were a good mystery.”

However, Johnson was keen that the film should be more than just a patchwork of familiar tropes. ”It’s an old-school whodunit,” he said, “but then what we try and do is place it in modern day. That, for me, meant not just skinning it with cell phones and modern cars and music; that meant actually plugging it into 2019. So, instead of just doing a modern-day version of Colonel Mustard and Professor Plum, we do character types who are caricatures, or slight caricatures, of the type that Agatha Christie used to do. But we do them with people you, for better or worse, could only meet in 2019.”

To hear more from Rian Johnson—and Knives Out producer Ram Bergman—watch the video above.